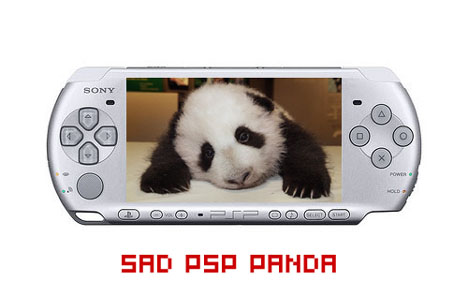 I really wanted a PSP-3000. The technobabble in the press releases and coverage got to me. Promises of a better screen and a built-in microphone teased, and when I saw the pretty colors behind glass in Sony’s booth at the Tokyo Game Show, I was sold. I went to Best Buy earlier this week and purchased the Ratchet & Clank: Size Matters PSP (PlayStation Portable) Entertainment Pack, which features the PSP-3000.

For something I wanted so bad, I was quite disappointed in the final product. It made me wish I could have had some hands-on time before I purchased it. Luckily, Best Buy had no issues with refunding the full purchase price.

When I ripped open the box, my goal was to see how much better the screen was for myself, but when I picked the PSP up out of its slot in the box I was immediately struck by the paint job’s finish. It’s a matte finish, which is fine, but it seems baked on, and almost looks spray painted. In direct comparison with a PSP-2000 or even a 1000 model, the 3000 looked cheap. The flat color looks great in photos, but close up, it looks bad. Taking the battery cover off and looking at the back side of the panel made me feel even worse about the paint job. The inside of the UMD door left me with a similar feeling. Finally, I’m not sure, but I think the metal ring on the back is now just chrome-colored paint. 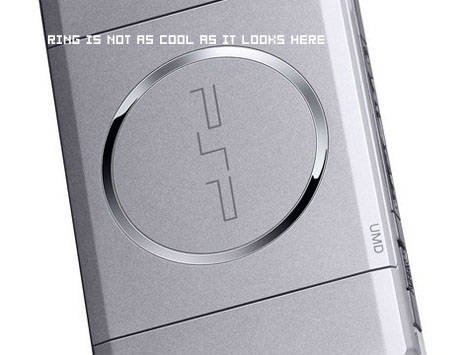 So, back to the screen. From first boot, I was impressed. The screen definitely seems to put out more color. The whites looked more white and vibrant, and I was even impressed with the boot and menu screens at first, but there was something different about the image that I couldn’t put my finger on.

Nevermind what I said about the screen before. It wasn’t until I did some back-and-forth comparisons that I noticed that the colors seemed washed out, and that fast moving objects left interlacing lines on the screen. The first game I played, Valhalla Knights 2, didn’t show that much of a difference, but it’s a slow-moving game with little color. I did notice some color differences, but one didn’t look worse than the other. SNK Arcade Classics Vol 1 looked brighter, but less saturated on the PSP-3000. Disgaea: Afternoon of Darkness looked way worse on the 3000, with the dark backgrounds never looking as nice as they did on even a PSP-1000. Silent Hill: Origins was the final straw: blacks didn’t seem black enough, and the edges of some objects seemed to have protruding lines and jaggedness.

The new screen seems to give too much detail, if that makes sense. Edges of 3D characters looked rougher on the 3000. Ignorance is bliss, they say: the PSP-1000 and 2000 never showed jagged corners of polygons. If this is what this “improved” LCD brought about, I wanted no part of it.

In a final attempt to salvage my purchase, I toyed with the new color settings of the PSP-3000. Unfortunately, it seemed like each setting was compromising something about the picture, and I felt like I shouldn’t have to play with settings to get an optimal image.

Ultimately, the ghosting on the PSP-2000 and 1000 was never an issue for me, and I never missed the expanded color palette in the first place. The Mystic Silver paint job looked terrible to me, even when compared to a PSP-1000. It seems like Sony cut corners to get a “better” screen in there. Hell, even the new power adaptor felt cheaper! I will say that there was something nice about the d-pad on the 3000, but that wasn’t enough to win me over. That $200 could be better spent on more games, right?

I’d say that if you have a PSP-2000, stick with it. The only real benefit I see with the 3000 is a built-in microphone, but who uses that?  If you can, get some hands-on time with a 3000 first before purchasing.