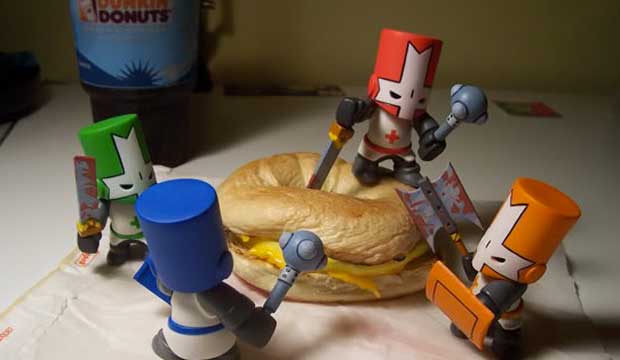 It sounds like developer The Behemoth is finished putting together the long-awaited PlayStation Network version of the critically-acclaimed Castle Crashers. In a developer blog, it confirms that it’s currently in the submission process, so it’s only a matter of time before get a solid release date.

The developers PAX booth plans are laid out as well — it will be bringing the latest build of its upcoming game BattleBlock Theater, as well as a never-before-seen four-player Castle Crashers arcade cabinet. Oh, and you know what? Maybe you should put aside more than $16 — expect a ton of awesome merchandise at the booth, too.