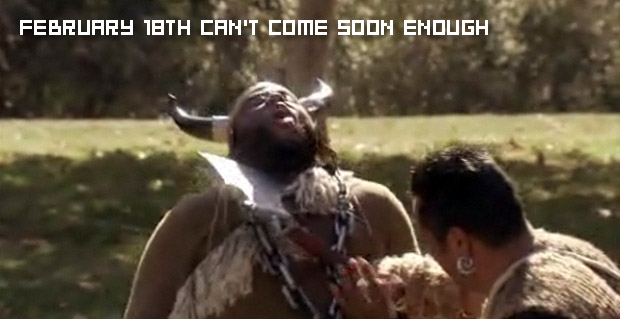 The PlayStation Network-exclusive reality show The Tester is either going to be the greatest thing ever or the worst — there’s no middle ground here. To quickly catch you up to speed, 11 contestants are asked to perform in seemingly irrelevant physical and mental challenges to win the job title “videogame tester.”

A bunch of new info surrounding the show has been unveiled today, including: it’s premiering on February 18, will be absolutely free to watch, and Hal Sparks has signed on as a panelist. Also, there’s an insane trailer for The Tester that you must watch.

This thing … I don’t even know where to begin. A dude gets axed in the neck, people are rolling around in those giant hamster ball contraptions, and then everyone starts spooning. Hell, I think I even saw some dance moves straight out of Space Channel 5.

The Tester is the greatest thing ever, I have just decided.

The Tester Coming to PSN for Free in February [PlayStation.Blog]