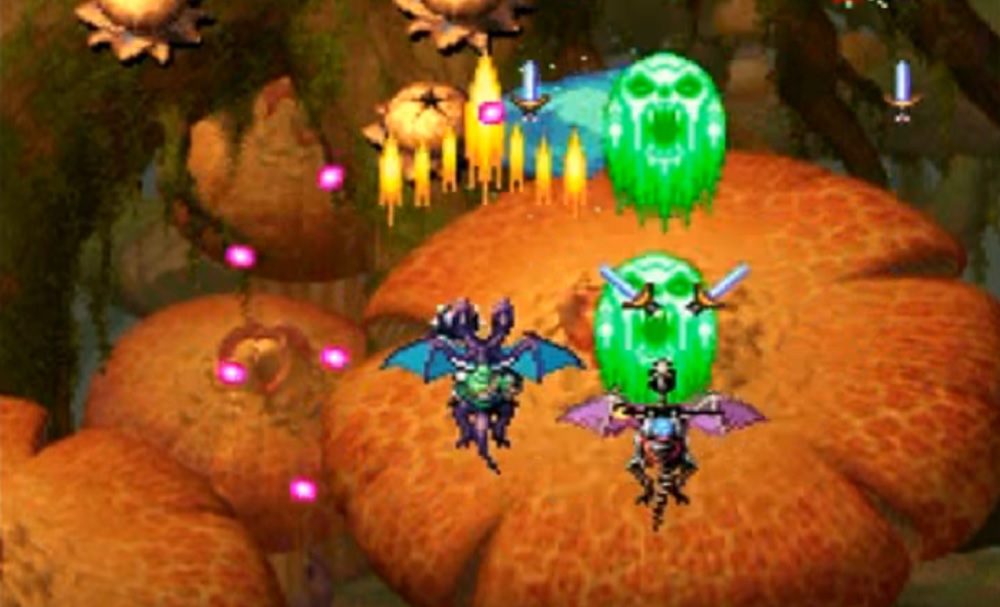 City Connection is spoiling shmup fans with a marvelous array of genre classics, currently spilling out all over the Steam platform. Having released Samurai Aces III: Sengoku Cannon just yesterday, the publisher is already queuing up the great Psikyo release Dragon Blaze, which will launch on July 30.

Originally released in 2000, during the height of the shmup renaissance, Dragon Blaze is a fantasy-themed, vertically scrolling affair that allows one or two players to choose one of four brave dragon riders before taking to the skies for a bout of bullet-dodging mayhem. A fun feature allows the player to dismount their dragon for brief periods, with the mighty beast shooting ahead to deliver devastating, wave-clearing special attacks. Dragon Blaze is a visually splendid title, well worth checking out.

You can preview the arcade action in the video below, courtesy of YouTuber STG Archive:

As with all previous City Connection re-releases, Dragon Blaze includes a selection of in-game options including seven difficulty settings, monitor orientation and screen filter variants, control customisation, and a brand new Score Attack mode. The next release in the series is Sol Divide: Sword of Darkness, which launches on July 20.

Dragon Blaze launches May 28 on PC, priced at around $10. Psikyo Shooting Stars Alpha and Bravo are available now on Nintendo Switch.