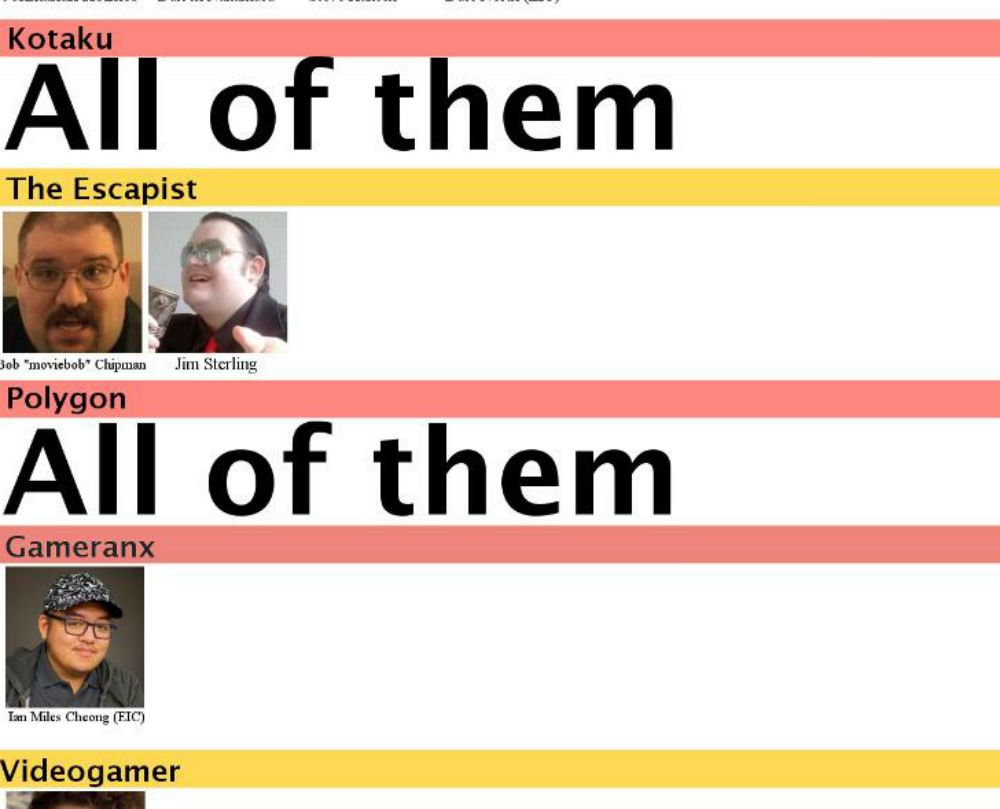 Any game lovers guilt has got to go

Someone recently made a handy infographic of “videogame journalists” who are “social justice warriors”. Isn’t that fun? People think that by talking about some videogames that I’m fighting for social justice, like Rosa Parks or Chuck D!

Oh wait, this list is of “social justice warriors” to avoid? What the heck, guys! Why would people want to avoid someone who likes social justice? Why is being a “white knight” suddenly considered a bad thing? Would I be someone to be attracted to if I fought for social injustice? Would it be more fashionable for me to enjoy being a “dark knight” who punches equality in face like how Batman knocks the tar out of horribly disfigured weirdos who did some crimes once?

I don’t think so. I’m guessing this has more to do with people being sick of feeling guilty about what games they enjoy. They feel that “social justice warriors” are judging them for enjoying games about sex, violence, or things that are awful. If that’s the case, you can scratch me off the list. I am all for games about sex, violence, and things that are awful. They can be really great sometimes! The Castle Doctrine and Metal Gear Solid V: Ground Zeroes immediately come to mind. They made me feel awful, and that’s great.

So don’t feel bad for liking any videogame, from Candy Crush to Wii Sports to Boob Wars to Edmund. “Liking” something is a completely passive action that doesn’t hurt anyone. Therefore, no one should ever feel bad about “liking”, not matter what it is that the like. Being a jerk, in real life or on the internet, is something else entirely. That you can feel bad about all you want.