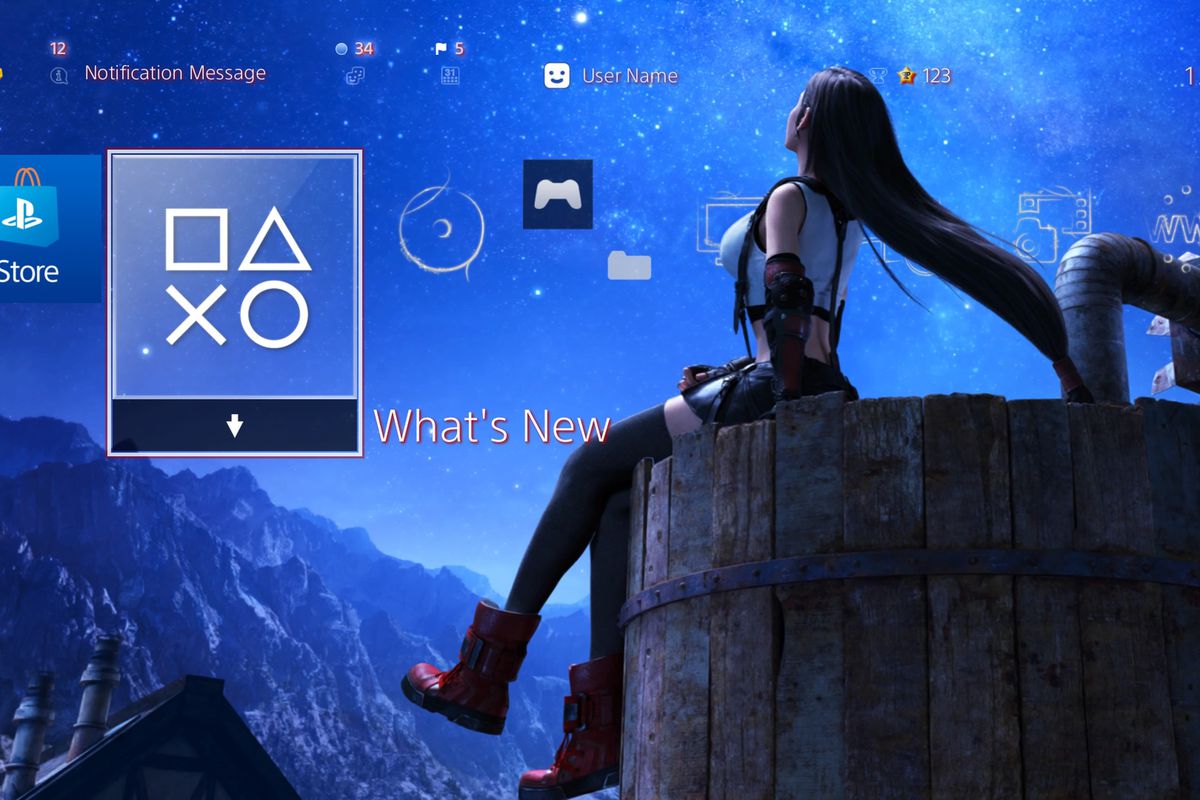 [Update: Square Enix released the PS4 Tifa theme for free on the US and EU PSN stores.]

As you may recall, there’s a ton of different PS4 themes for Final Fantasy VII Remake, but one of them, at least in the US, has a really strange promotion attached to it.

Yes! It’s the Butterfinger (and Baby Ruth/Crunch Bar) one! The really serene “Promise at the Water Tower” theme featuring Tifa. That awesome one with the great color scheme that totally befits a PS4 menu. That same theme that requires you to buy candy bars and prove that you bought them.

Step one: create a Japanese PSN account or log in with your existing one. If you don’t have one yet, get one! This tutorial is particularly quick with no nonsense. It’s imperative for random stuff like this. Step two: go to this URL and grab the theme, or search for it on the Japanese PSN as “Final Fantasy VII Remake Tifa theme.”

That’s it! No candy (or jacket) required.