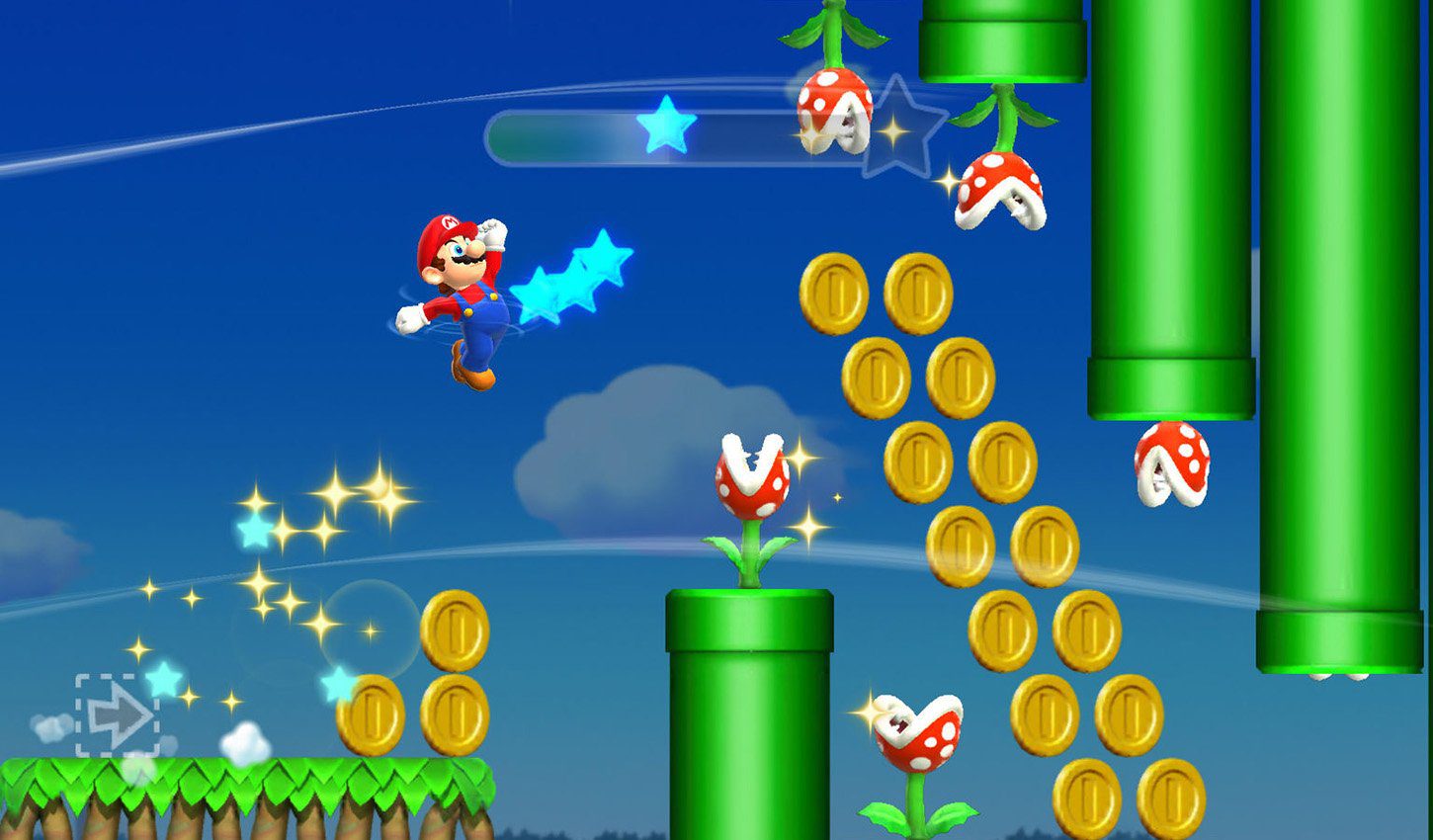 It only takes a few minutes

Super Mario Run didn’t have microtransactions or gambling elements: so naturally it was considered a failure.

But Nintendo hasn’t shut it down (yet!), and there’s money to be made from it. Fake Platinum Point funny money to be clear, but now that you can exchange that for real-life goods, the Platinum stock has shot up a bit in recent weeks. Because of this, a lot of folks have been asking me how to quickly inject your account with more Platinum. After you’ve tried the 3DS/Wii U method and the Pikmin hunt, give this one a go.

If you’re reading this, odds are you have Super Mario Run installed on your phone (or own it and have since deleted it). It’s not a bad game by any means! Although I probably wouldn’t recommend it outright at this point, it can be a fun way to spend an afternoon. If you already own it, you’re halfway there.

Just in case you missed it, Nintendo has a ton of Platinum rewards linked to Super Mario Run. You get 50 Platinum for clearing every world, up to 300 in total for finishing the game. You can also net an easy 100 points for adding one friend, and another 100 for linking Super Mario Run to your account.

But the real easy continuous money comes from the “Play Toad Rally (daily)” mission. It’s just 10 points, but it adds up, and it’s extremely simple to trigger. Just load up the app, click the Toad Rally pipe in the lower left-hand corner, and win or lose (including sessions where you just leave the phone running), in a few minutes, you’ll get your points. I wouldn’t recommend doing the “win 3 times” mission for 50 Platinum: it takes way too long and isn’t reliable. You do not have to win to get the points for the daily mission.

You can also snag 10 friends (enough to acquire the one, five, and 10 friend missions) through friend code trading sites like this. Just go to the friends section, hit “add,” then paste the codes in. Do around 30-40 of them and you should get 10 people to accept them.

For some people, this is going to be too much work. For the dedicated My Nintendo users who are saving up for that 1000-point Tom Nook keychain to come back in stock: every point counts.