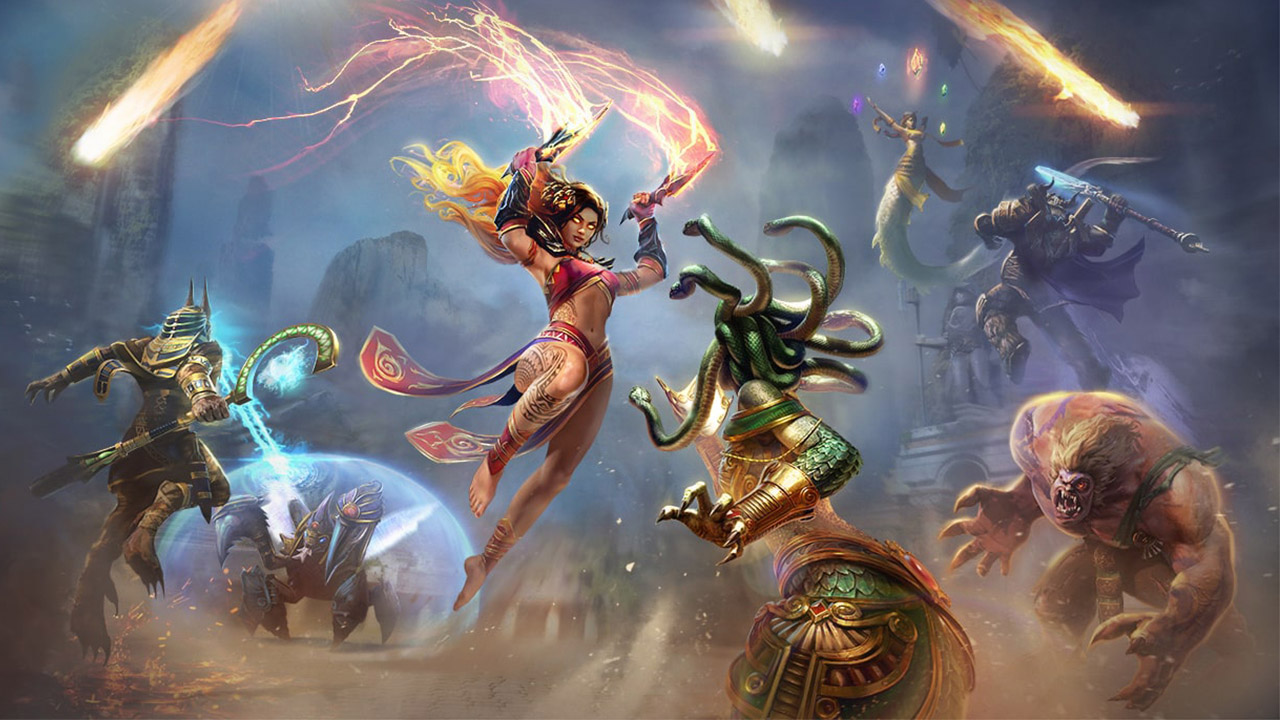 Back in January Hi-Rez Studios released Smite on Switch, but it wasn’t fully-free-to-play.

Just like Paladins Hi-Rez dropped it on the system in a sort of beta form, allowing players to pay for Founders Packs (that would essentially allow access to all content, leaving cosmetics as microtransactions). Now, you can go to the eShop and download it for free without having to pay that premium: an “Ultimate God Pack” is still an option if you want all 100 Gods (characters) and future Gods.

Smite is currently cross-play enabled for everything but PS4, because Sony is still being awful about that in 2019. The worst part about this raw deal is that PS4 owners also lose out on cross-progression: something Sony execs don’t even bring up when using their “PS4 is the best place to play, there’s plenty of people on the platform” mantra.

So is Smite even worth downloading? I think so. The MOBA genre is definitely less exciting in this current climate, but SMITE does enough things differently with its new perspective to the point where it’s worth a shot.