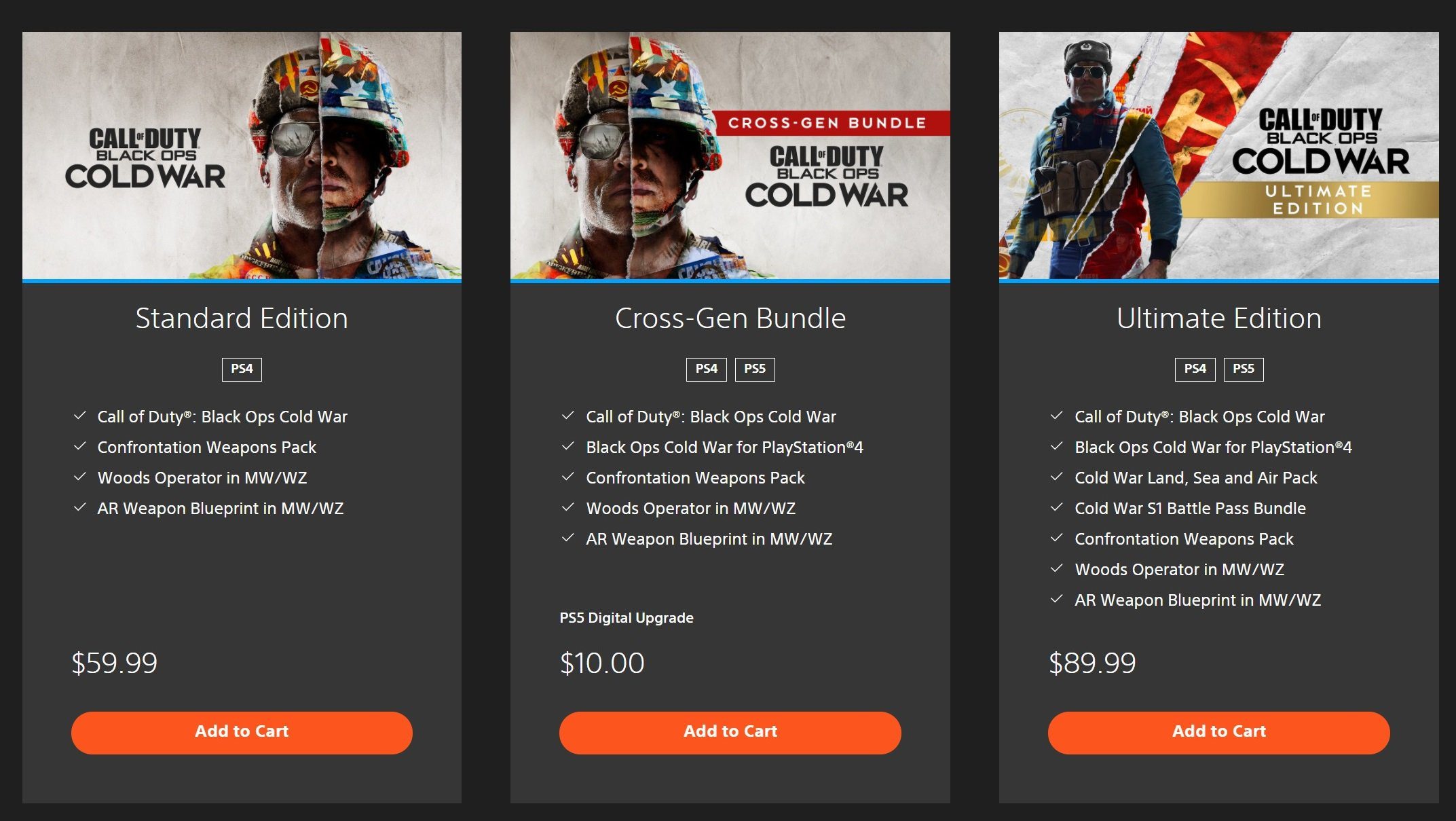 As Microsoft continues to tout its “Smart Delivery” cross-gen program that “just works” (for me, it does!), the PS5 seems to have some growing pains with the piecemeal PSN upgrade system.

As a recap, Activision “allows” folks to pay $10 for the privilege of a “digital upgrade,” which provides “higher framerate, hardware-based ray-tracing, shorter load times, and more” according to the publisher. If you have the Ultimate Edition, you already own the upgrade by default.

This past week, users have been reporting that Call of Duty: Black Ops Cold War download issues on PS5. Specifically, not being able to download the enhanced PS5 edition of the game: as the PSN forces you to adapt the PS4 edition that doesn’t take advantage of the new hardware. That’s a problem!

The issue has become widespread enough for Activision support to issue an official tweet on the matter, noting a workaround that should ensure that you’re good to go. Basically, go to the game button on your PS5, then scroll down and “highlight play.” After that, “select the three dots” to open up the menu, then install the “PS5 | Full” version. Taken from my own library, this is what it looks like.

I actually had issues with this myself as an Ultimate Edition owner. When installing the game from my library, I just selected it, then hit “install.” Unbeknownst to me, it was actually installing and running the PS4 edition. It wasn’t until I saw the Activision support message that I thought to check if anything was amiss. On my Series X, Microsoft has made it so the most optimal version automatically works.

As many “next-gen upgrades” have yet to roll out, this system seems poised to create more headaches for publishers, as the onus to provide PS5 fixes seems to lie at their feet.