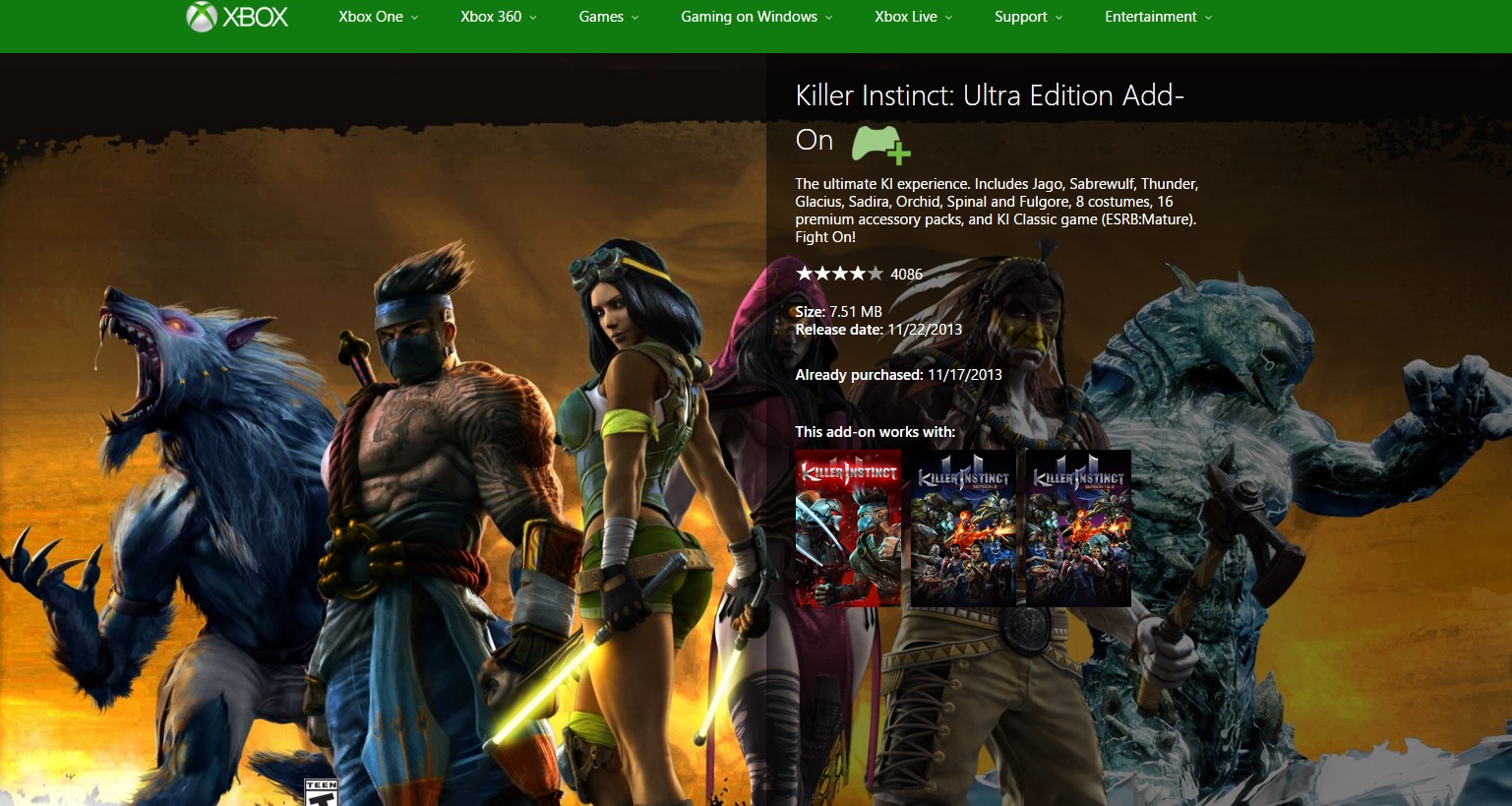 Season 1 is free this month

Microsoft announced that Killer Instinct will feature Cross-Buy with the upcoming Windows 10 version earlier in 2015, but has since clarified recently that picking up the free Xbox One download in January will net you all of that content on PC. Starting later today, Microsoft is giving away Season 1 of the game complete with eight characters, some costumes, and a repackaging of the very first arcade iteration.

While a lot of you out there are probably passing on this on account on not owning an Xbox One, go ahead and download it, so when the PC version does eventually come out, you’ll have it.