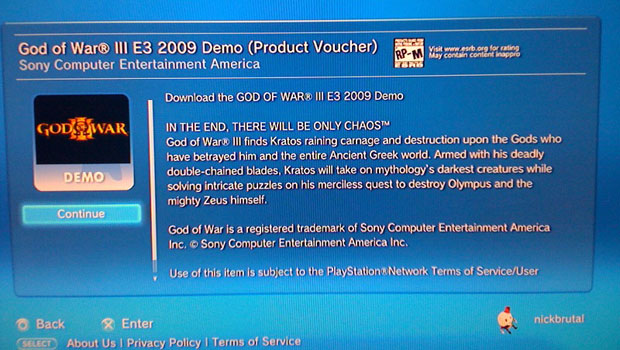 Of course, that’s only if you’ve received a voucher code, which retailers should have today. I checked in with a few local GameStops, some of which hadn’t received their codes yet, yet many had. Your mileage may vary, so let us know how it goes.

The demo weighs in at a little over two gigs and lets pull out a creature’s intestines with your bare hands. We’ll have some video footage later today, so stay tuned.

The story has been updated to reflect the clarification, but the point remains — you can be playing the God of War III demo today if you’d like.]

Filed under... #demos#God of War