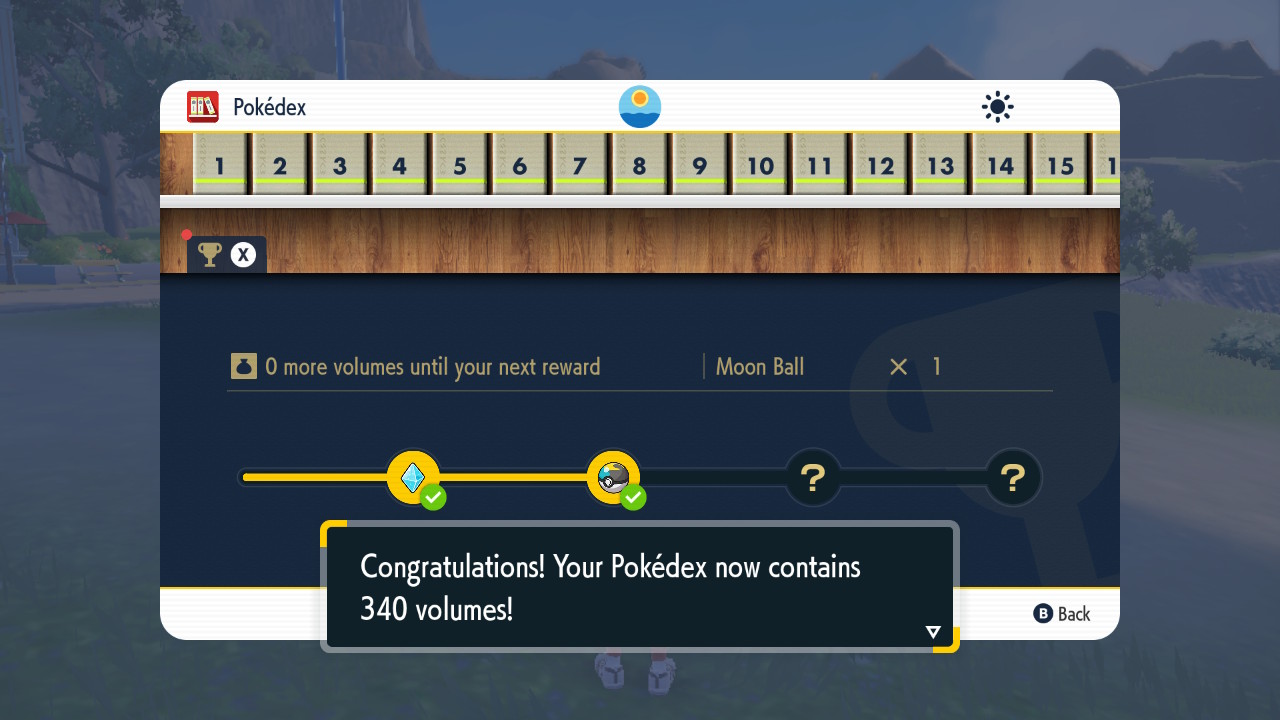 Go into the bookshelf menu, then look for the tiny trophy icon in the left hand corner

Pokemon Scarlet and Violet, like previous generations, have a few unexplained bonuses that can make things really helpful for players just starting out. One of them, which I didn’t learn until the postgame, was that you can lock the map to north by pressing the right analog stick on the map menu. Another involves a long string of free rewards for filling out your Pokedex.

Make sure you redeem them as soon as possible!

Press “-” to open the Pokedex, select the magazine icon at the very top, then press X

Until a friend of mine casually mentioned this to me this very morning, I never once utilized this feature.

So if you open up your Pokedex, then actually go into the menu that showcases all of the volumes (entries) of your adventurous exploits: you’ll see a tiny trophy icon in the lower left hand corner, with the “X” button on it. Press X, and start redeeming tons of free bonus items. You’ll get these items automatically after ‘Dex entries are filled: no NPC or story interaction needed. Every 10 volumes, you’ll get a new reward.

You can get everything from regular balls and other low stakes items, to stones, to XP candies. It’s an easy thing you can do to get some instant rewards, and if you’ve never done it, prepare for an avalanche of money and useful items.