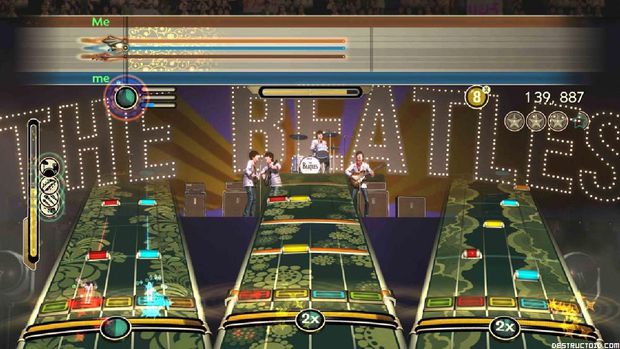 Price is an issue when it comes to music game bundles, but Amazon is easing to the financial burn on one particular set — The Beatles: Rock Band Limited Edition. As part of its special Deal of the Day promotion, both console versions of the bundle are priced at 170 bucks instead of the usual 250 bones. Nice, right?

I just finished reading about The Beatles in Malcolm Gladwell’s “Outliers: The Story of Success.” Gladwell argues that the band was so good because they practiced a lot — not because they received special boxes of “musical talent” on their name day. I suppose that thesis can be applied to good Rock Band players, too — Nick Chester rocks it because he’s strummed on plastic instruments for at least 10,000 hours. And now you can get on that path to success, too. If 170 bones is the right price.