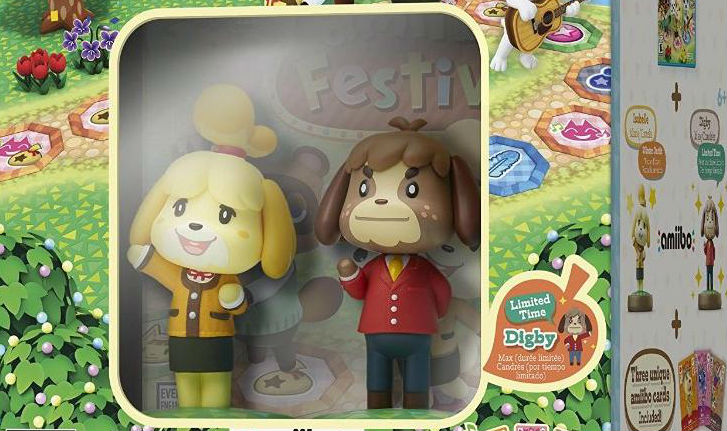 Well, this kind of came out of nowhere, and I don’t see a lot of people talking about it.

Earlier this year during E3, Nintendo reps informed multiple outlets that Animal Crossing: amiibo Festival would be a free eShop download, and all you would need is one figure to play it — similar to the amiibo Tap: Greatest Bits app. But it seems as if they have changed course.

As confirmed by Nintendo to Destructoid today, amiibo Festival is a $60 retail game and not a download. For that price, you’ll get the disc as well as two figures — Isabelle and Digby — and three amiibo cards. Scanning a figure to the GamePad will allow you to play as that character, and the game itself supports one to four players. Nintendo did not comment as to whether or not the amiibo would be available separately, or what the “limited time offer” logo means for Digby on the box. I can confirm that the toys will not be packaged individually, as was the case with Mario in the Mario Party 10 bundle — sorry collectors.

I was initially excited for this but $60 is pretty rich, as not even Wii Party U  was this expensive, and that came with a controller. It looks like Nintendo is really trying to incorporate amiibo into lesser known games that are more prone to fail, like the recent Chibi-Robo toy that was held hostage by the game bundle in the US. As a reminder, Festival is offline-only, and you only need one controller (the GamePad) to play, which is passed around to everyone involved.