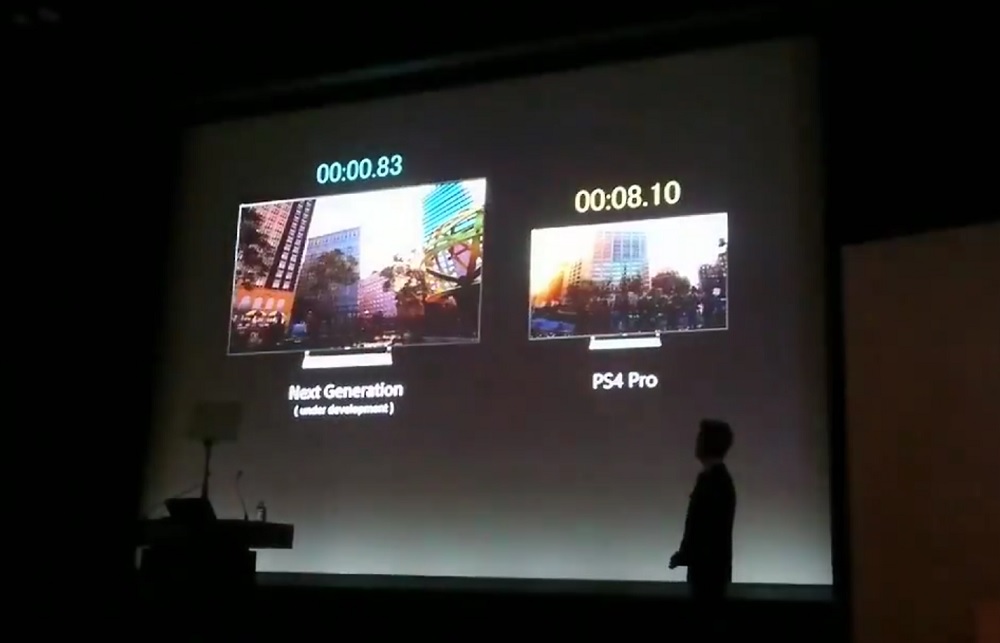 Behold the power of SSD

A video has surfaced online, courtesy of The Wall Street Journal’s Takashi Mochizuki, that features Sony showcasing the loading speeds of its upcoming PlayStation 5 console when compared to that of the PS4 Pro. The video was taken during Sony’s IR Day 2019 corporate strategy meeting, which took place earlier today.

The video uses 2018 release Marvel’s Spider-Man to showcase the difference in load times between the current PlayStation hardware and that of the PS5, which we know will use the latest in SSD technology. This demonstration is obviously the same one that took place for Mark Cerny’s original report for Wired. As you can see from the video below, the PS5 renders Spider-Man‘s universe in a mere second or two, leaving the PS4 Pro to play catch-up around eight seconds later. Of course this is a current-gen title, so might not be reflective of the PS5’s own releases.

Sony spoke of the importance of the themes “seamless” and “immersive” when discussing the PS5. The console is being built around the concept of “Anytime, anywhere, without interruption.” This ideal is expected to be delivered through evolved versions of the Remote Play and PlayStation Now services. It was also noted at the conference that Sony Interactive plans to work on “keeping and improving relationships with outside developers.”

Sony also pushed its commitment to the PS4, which is still expected to play a “critical role” going forward. A press release stated that the current hardware still has “An outstanding roster of AAA games” en route, including The Last of Us Part II and Death Stranding. The PS4 “Will remain the engine of engagement and profitability for the next three years.” So it seems Sony isn’t abandoning the black box anytime soon.

While we already know that the PlayStation 5 will not see the light of day until at least April of next year it seems that, little by little, we’re learning more about the power of its hardware, as well as Sony’s plans for the console’s role to the consumer. The “Anytime, anywhere…” theme is telling, showing that streaming is high on the agenda, with “anywhere” in particular suggesting all sorts of devices could be compatible with the evolved Remote Play feature.

Of course, there’s a lot of speculation and guesswork whenever any new console is in development, but we appear to be receiving more information and confirmation about the PS5 all the time… Save for a release date, and a price. Of course.