After months and months of fevered speculation, Sony has finally revealed the launch dates and price points of its highly anticipated next-gen hardware: PlayStation 5.

The standard PS5 model launches November 12 in the U.S., Japan, Canada, Mexico, Australia, New Zealand and South Korea, priced at $499 USD. It will follow in all other territories one week later on November 19.

A disc-free edition of the console, PS5 Digital Edition, will launch on the same dates, and will retail for a slightly cheaper $399 USD. The graphic below displays the price point in various global currencies.

PS5 pre-orders will open “starting as early as tomorrow at select retailers,” so keep ’em peeled if you want to be first in line. The first-party launch lineup includes Demon’s Souls and Spider-Man: Miles Morales. On the high end, standard PlayStation 5 games will cost as much as $69.99. 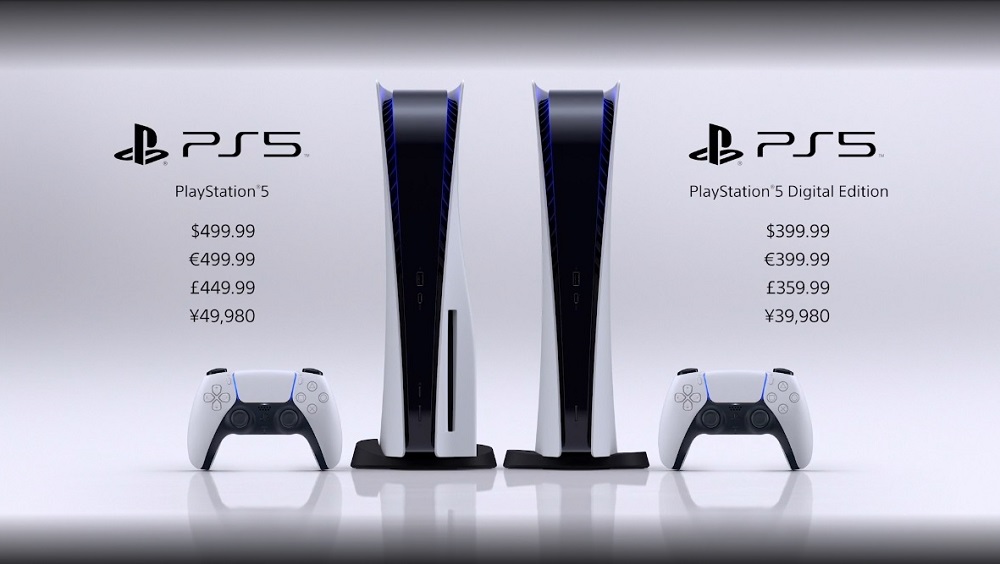