The Color and The Shape

A year on from the launch of its sparkling new PlayStation 5 hardware, Sony Computer Entertainment has finally stamped a patent on the console’s sleek and curvaceous faceplates, suggesting that alternate colors/designs may be en route to PS5.

First noticed by website OPAttack, the patent was granted by The United States Trademark Office on November 16 and opens the door for Sony to produce a variety of different hued slates for the beefy boy. This would allow PS5 owners to better correlate their console with their surroundings, should the grey/white look not quite work for them. 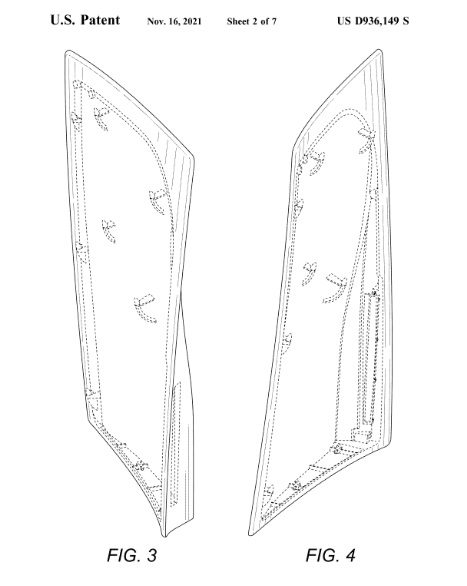 It should be noted that while the patent has been granted, that does not automatically mean Sony has plans to release new faceplates anytime soon. The publisher will be just as keen to lock down the possibility of third parties from creating their own custom faceplates without first being sold license from Sony itself. To the money-men of the company, this aspect will be far more important.

Sony has already brought the Hammer of Legality down upon a selection of outlets that were designing and shipping custom PS5 faceplates, including web company Customize-My-Plates and, more notoriously, Canadian manufacturer Dbrand, who brazenly dared Sony to sue them and were then forced to pull the plates under threat of severe legal action. (You can check out that debacle in this article from VGC).

Ultimately, big business is big business, but I can’t help but find it wild that, in a world such as ours and a time such as this, the “concern” that companies might create plastic slats to put on games consoles is such a potential threat to SIE. No doubt we’ll find out soon enough what Sony has planned for its PS5 faceplates. Of course, step one would be making and selling some more consoles for fashion-savvy players to actually apply them to.