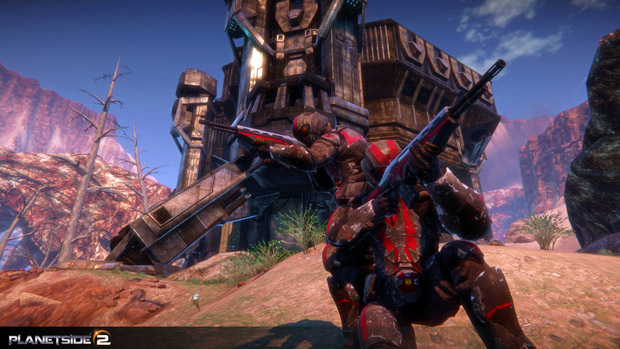 There’s plenty more where that came from

Sony Online Entertainment will be represented on the PlayStation 4 with the likes of PlanetSide 2 and DC Universe Online.

“DCUO was the first MMO available for PlayStation 3, and its thriving community is proof that we can create an exciting and robust console experience for players,” said SOE senior VP of global sales and marketing Laura Naviaux. “Players have been asking for PlanetSide 2 to be playable on consoles, and PS4 is the ideal platform to showcase the game’s beauty, depth and frenetic open world combat.”

The massively-multiplayer free-to-play shooter and role-playing game, respectively, haven’t been given anything in the way of a release window, but this should be reassuring news, particularly for fans of the latter title. As Steven mentioned when reporting on the PS4 version of Warframe, it is good to see the console embrace free-to-play gaming in this way.