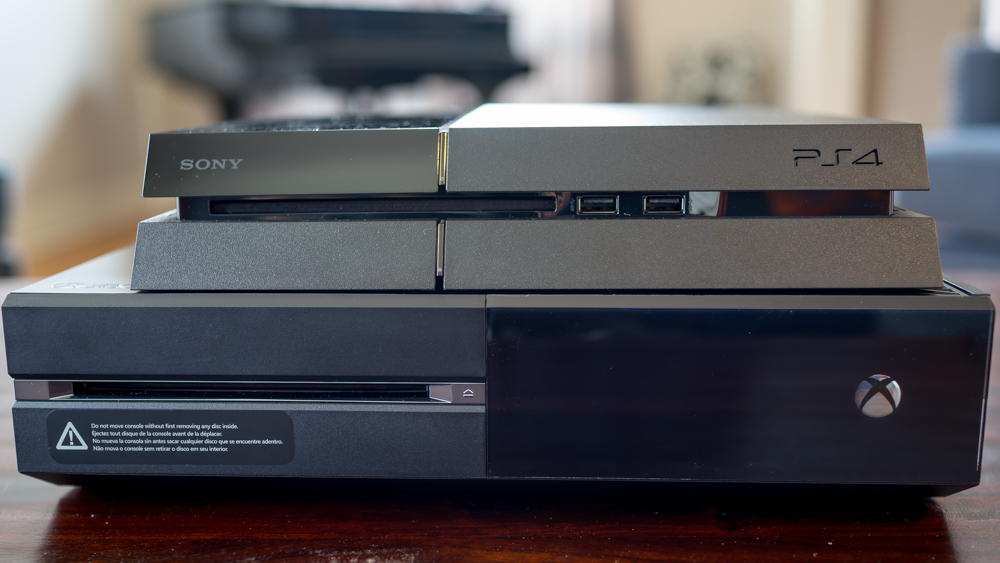 We couldn’t resist putting the Xbox One and PS4 side by side for some photos. They’ve been running side by side in our offices for awhile now, so we thought we’d clean them up and pose them for you.

Aside from the consoles, you’ll see the system, their controllers, and some of their accessories posed in our gallery. If there are any other shots you’d like to see, let us know. 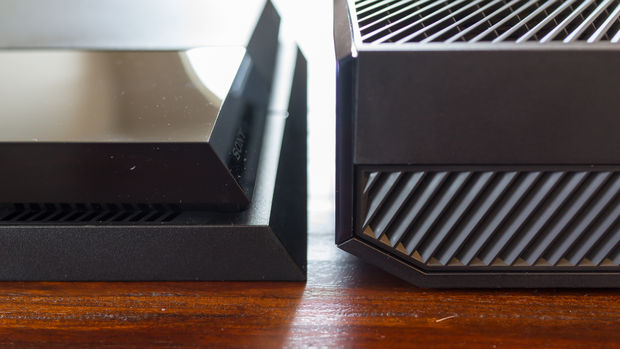 The Xbox One is a big, boxy beast. It’s 2 inches wider and about an inch taller than the PS4. Make room!

The Xbox One is big enough to feel like a permanent installation in your home. Putting it in your rig is like getting a new PC and wiring it up for use.

On the other hand, the PS4 carries like it was made to be portable. It feels kind of like a laptop. I have an Astro bag that was made to transport the Xbox 360 and PS3. The PS4 fits beautifully. The Xbox One does not. 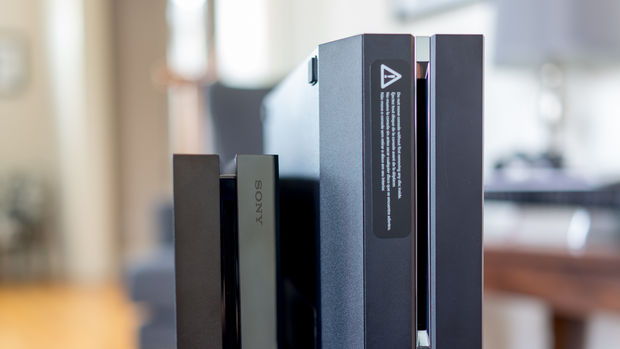 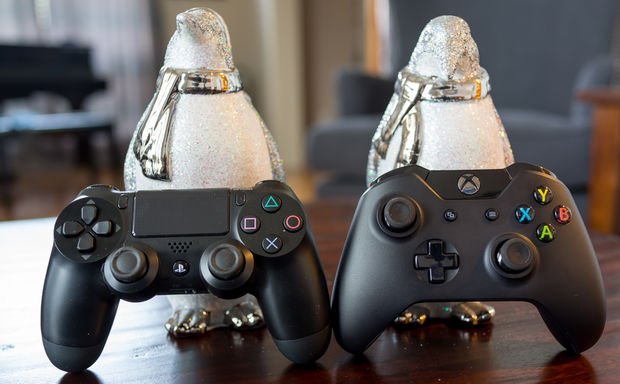 Both are fantastic, and are massive improvements over their predecessors. I love the hand feel of the DualShock 4, and I’m a big fan of the new analog sticks, but the triggers of the Xbox One controller are incredible, and the grips on the sticks are great. Hurray for evolution! 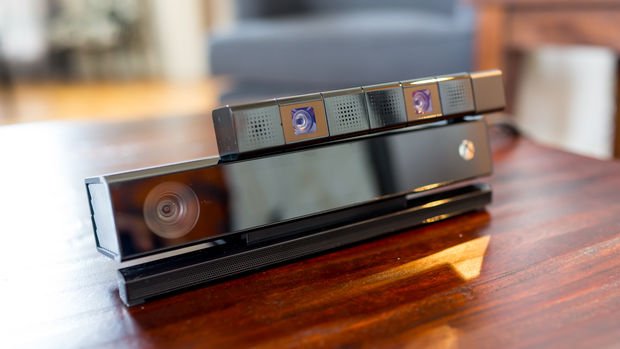 The Xbox One has its super fancy included Kinect sensor, while the PS4 has the optional PlayStation Camera. Both are shown here for size comparison. What they do is quite different, but they’re both long bars with cameras in them that you’ll put above or below your television. 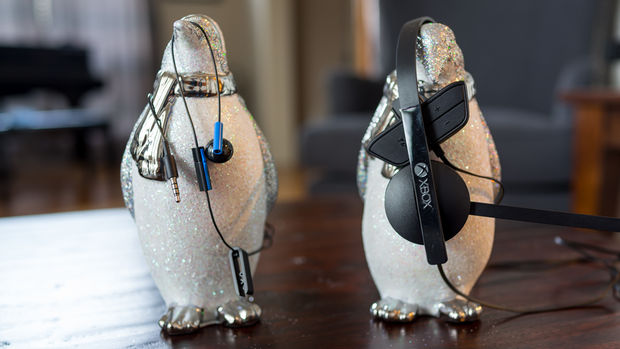 I didn’t want to pick a winner for any of these basic comparisons, but c’mon! The Xbox One headset is pretty nice with its fold down boom and large speaker. The controls snap to the bottom of the the controller and have nice buttons for volume and mute controls. It sounds great, too. 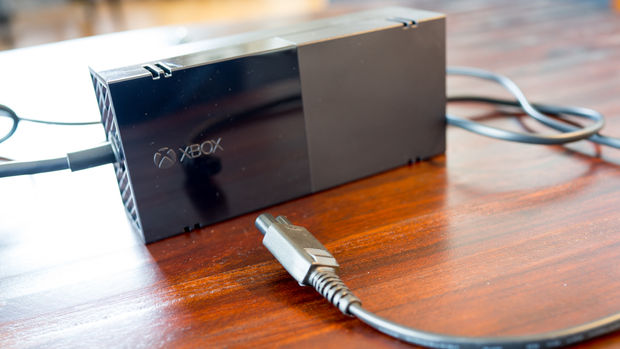 The PS4 has an internal power supply, so it only needs a little AC cable to get going. The Xbox One has a big, shiny power brick powering its innards. The power brick has a matching gloss finish and even sports its own cooling fan. 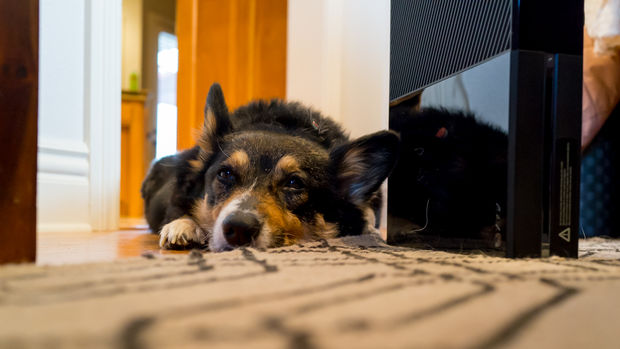 My corgi, Einstein, decided to lay down and take a nap while I shot these photos. Fancorgi.