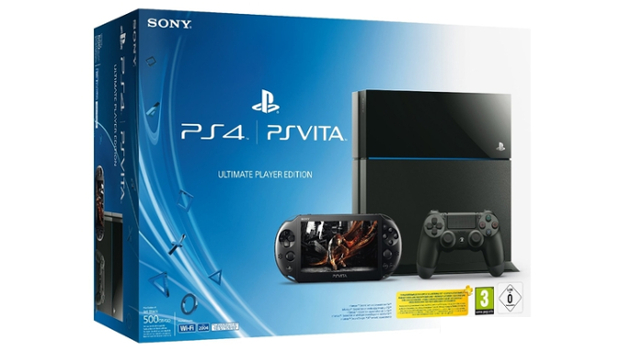 An Amazon France listing shows the “Ultimate Player Edition” PS4 which comes with a PS Vita, not a bunch of condoms and a number for a lawyer good at doctoring paternity tests.

The bundle is priced at €579.99 ($789.99), which is what the PS4 and Vita would cost you separately in France, so I guess it’s more a bundle of convenience than savings. Maybe we’ll get confirmation at E3. And, hopefully, a lower price.