There was a time when the Zero Escape series seemed all but dead. After a stellar but quiet debut on the Nintendo DS, the series saw real success on the 3DS and Vita with Virtue’s Last Reward. That game, like its predecessor, sold well in the West but arguably bombed in Japan. For a long time, fans like me didn’t know if we’d ever see the story continue.

Today, it’s nearly impossible to escape the series. The first two entries are fully playable on four different platforms, and yesterday, 2016’s Zero Time Dilemma joined them when it launched for the PlayStation 4.

If you care to know my thoughts on Zero Time Dilemma as a whole, check out the review I did for it last year. I stand by every word written, I just wish they were written in a slightly more eloquent manner. ZTD on the PlayStation 4 still features an amazing story, great escape segments, and all the twists, turns, and reveals that have made this series a must-own for me.

It also has the same issues. The framing and general direction of the cut scenes is still quite poor. If Kotaro Uchikoshi was going for a surreal feel to the adventure, I would argue he vastly overshot his goal. Character movements are still unnatural and robotic as though they were ripped directly from a Taiwanese news channel, though with the picture blown up to fit on my 55” television the stiff presentation is more pronounced and comedic.

Beyond the character animation, the game is quite lovely. While I haven’t had a chance to play the PC version, I have no reservations calling this the best-looking edition of the game I have experienced. It’s also, unsurprisingly, the worst version when it comes to the controls.

Zero Time Dilemma, like the other games in the series, is built around touch controls. Escape rooms are nothing more than condensed, elaborate point-and-click adventures that flourish when users are able to just point and click, be it with a mouse, a stylus or a finger. Use of the DualShock controller is fine in most cases but can be outright useless in others. Take the notes feature for instance. On the 3DS and Vita, it’s quite simple to jot down letters and numbers important to the escape segment. Here, Spike Chunsoft expects me to write everything with a thumb stick, which is unwieldy and slow if I’m trying to be as precise as possible. There is no option for a keyboard input or a snapshot feature which would be a saving grace for the tool, so I’m left to break out the notepad whenever there is a good deal of info I must keep track of. I did use a notepad when reviewing this on the Vita, but it was in tandem with the in-game notes feature. 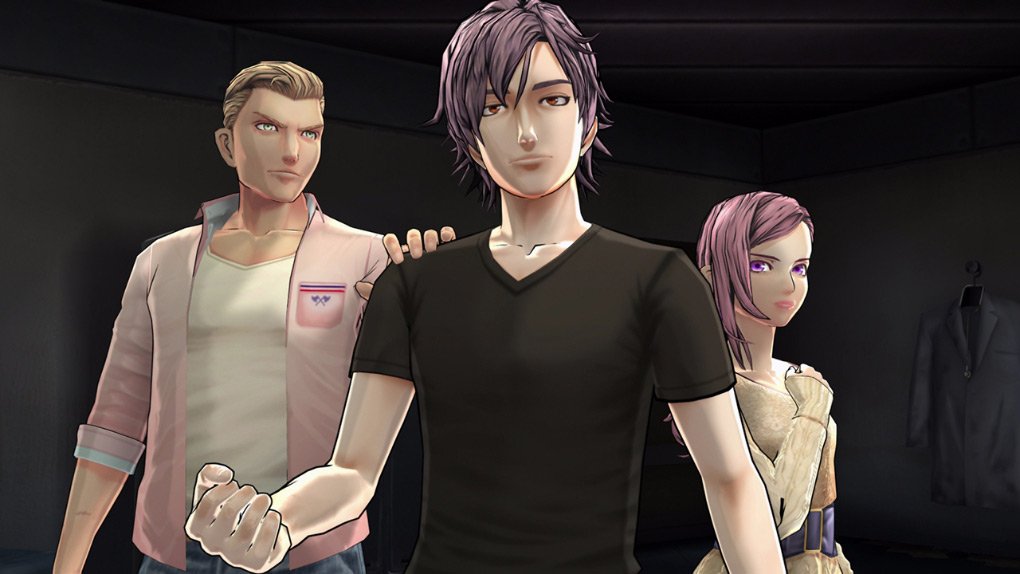 The PS4 version is very much a straight port of the earlier editions of the game with basically no significant options to help adapt it to the console. R2 opens the controls menu for whatever situation I am in, and that is handy, but there are some control instructions left over from original versions that don’t work here. For instance, in the items menu, I am told to drag the objects I want to combine to the center. That’s how it worked in the Vita and 3DS versions, but here I just highlight the two I want with the correct button press.

Porting what is primarily a touch-controlled experience to one that relies on a standard controller is always a tricky task to nail perfectly. Zero Time Dilemma is certainly playable on the PlayStation 4, but of the four available formats, it’s the one I am least likely to recommend. Still, if it is your only option and you enjoy visual novel puzzle games, then there really is no reason why you shouldn’t pick it up because, controls be damned, the Zero Escape series is deserving of as much attention as it can get. Plus, who knows: if this version sells well enough, perhaps the inevitable Zero Escape 4 will be tailor-made for a console controller.

[This PS4 Port Report is based on a retail build of the game provided by the publisher.]