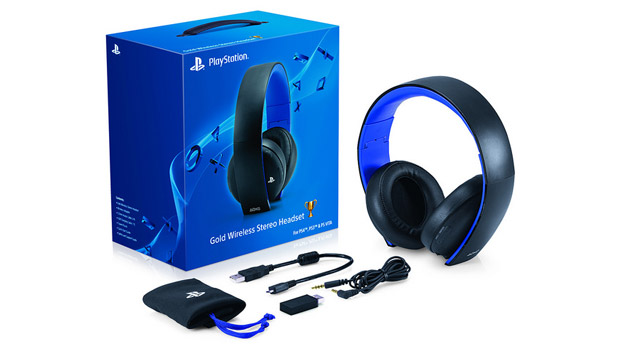 As of a system update going live late tonight, PlayStation 4 owners with an official Pulse or Pulse Elite Edition headset will now be able to use their device with the console. That took a while, didn’t it?

With that support out of the way, Sony is now able to talk about a new device: the Gold Wireless Headset. Due early this month for $99, the 7.1 virtual surround sound set will be compatible with PS3, PS4, PC, and Mac, as well as PS Vita via 3.5mm audio cable.

The Gold Wireless is yet another headset to tout custom audio modes intended for specific games. Those developer-created modes will be delivered by way of a free Headset Companion App (also compatible with the Pulse line) on the PlayStation Store.