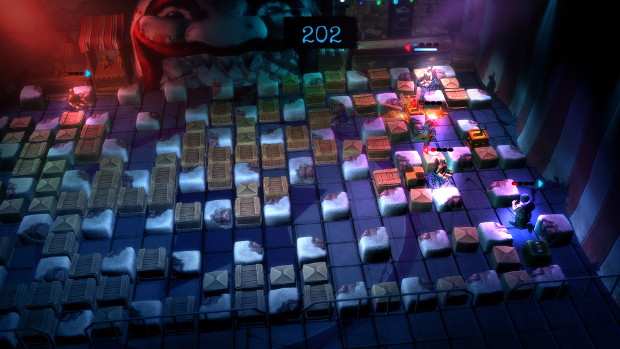 It has also missed its launch release and is way too hard to find video showing actual gameplay, as nice as terrifying clowns on unicycles are. Let’s split the difference and take a “wait and see” approach.

Plus, does anyone have four PS4 controllers yet? What a pain.

Anyway, Basement Crawl finally has a launch date. February 25 in North America, February 26 in Europe. There won’t be a demo. It’ll be $10.