Without this fix, the PS4 would’ve one day lost the ability to play digital and physical games

With the recent 9.00 firmware update, Sony has addressed an eventual PS4 CMOS battery issue (or so-called “CBOMB”) that would have eventually, one day, led to a situation where users’ PS4s would be unable to play digital or physical games.

To not-so-briefly sum up the situation, when a certain battery inside the PS4 — the one used to track the internal date and time — inevitably dies, because nothing lasts forever, the console can spit out an error (CE-30391-6) that breaks the ability to play games.

As modder Lance McDonald framed it back in March, “This error is because Trophies on PS4 require the internal system clock (the one you can’t see / alter) to be correct, so people can’t change their PS4 date/time to make it look like they got trophies earlier than they really did. If your PS4 clock battery dies, all your games die.” 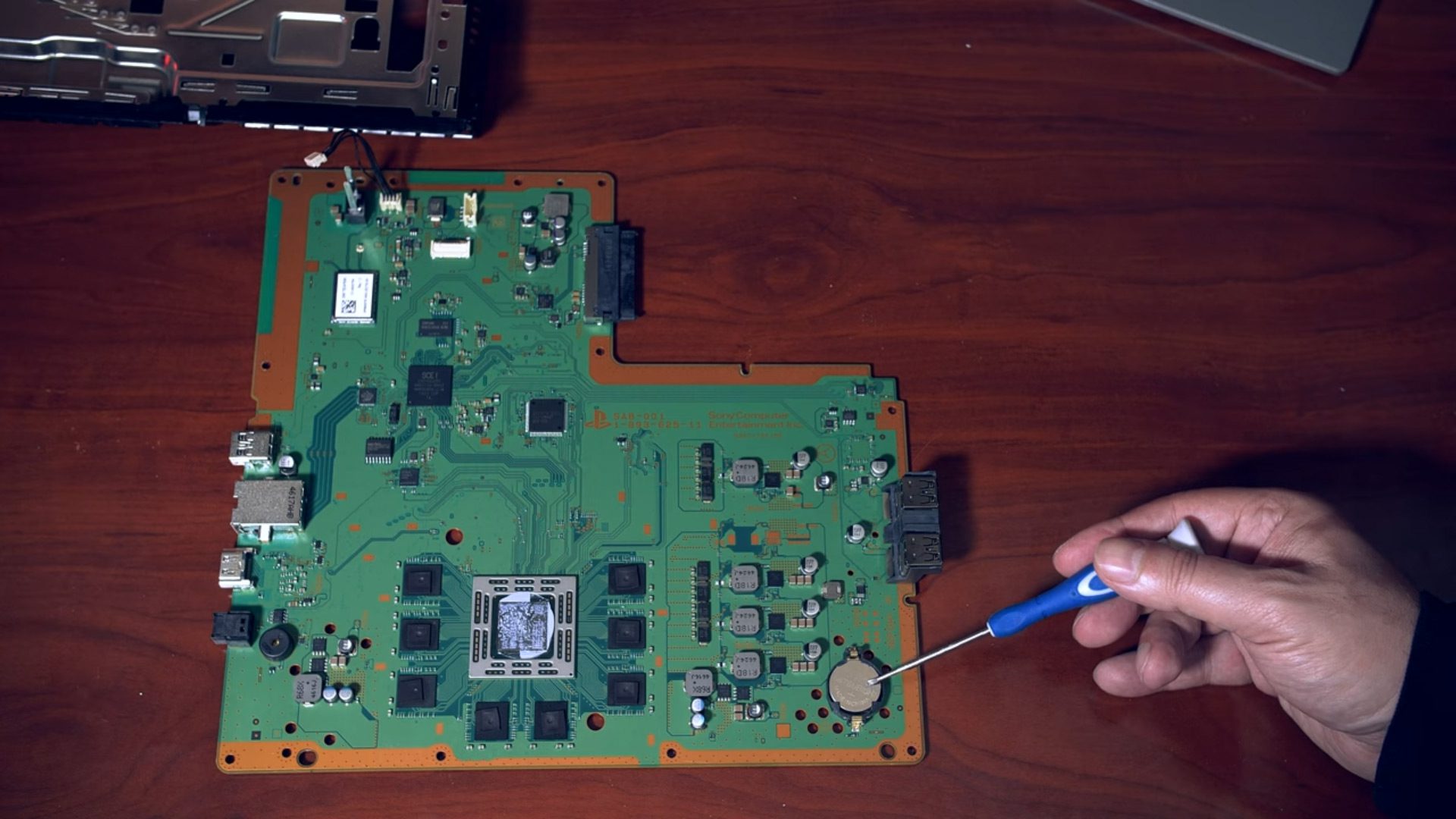 Now, to be clear, a dead or missing CMOS battery isn’t a problem so long as your PS4 still has connectivity to Sony’s servers for synchronization purposes.

But as we saw earlier this year, when Sony announced it would stop supporting the PlayStation Store on PS3 and PlayStation Vita, only to later reverse course due to public outcry, everything has a shelf life. That goes for online support on the PS3 and Vita (Sony’s end-of-life call was just postponed), and, inevitably, it will go for the PS4 as well.

As Modern Vintage Gamer explained it in a new video, “when Sony decides to sunset the PlayStation Store for PS4 — and they will, one day — then you’re effectively going to be left with a doorstop. You’ll have a brick, and this will become e-waste. And the console will be worthless. […] None of your [PS4] games, physical or digital, will ever work again.”

And now, finally, the good news: as discovered by Twitter user Destruction Games — and corroborated by Modern Vintage Gamer — the CMOS battery issue was fixed with the 9.00 PS4 firmware update. You can see the test, and the new end result, in his video.

After removing the battery, updating the PS4 to 9.00, and disconnecting from PlayStation Network, Modern Vintage Gamer was able to successfully boot up and play God of War (digitally) and Shadow of the Colossus (physically). Prior to 9.00, this wasn’t possible.

“The PlayStation 4 will live on, truly, after the service has gone down,” said MVG.

“This is less PlayStation ‘listening to fans and removing DRM’ and more a bugfix,” McDonald believes. “I do think they fixed this because fans brought it to their attention, but this was never a weird DRM/anti-cheat thing they intended to implement in such a drastic way, it was just a dumb crash and it’s good they fixed it.”

With video game preservation and legacies already a huge concern for some players and developers, the widespread discovery of the PS4s CMOS battery issue was a scary prospect, even if it felt like a far-flung concern. It’s nice to worry about one less thing.