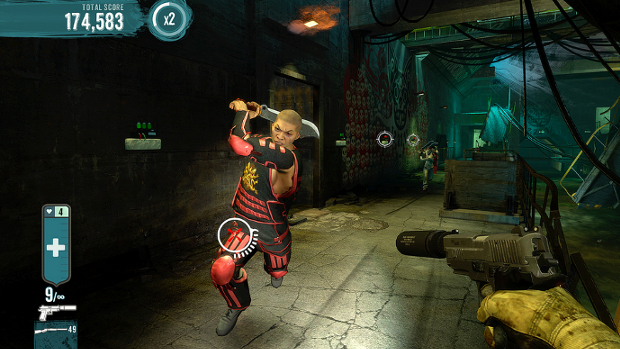 Prequel to the award winning comic

Blue Estate for PS4 and Xbox One is a prequel story to comic, written by the same writer, who was kind enough to write this PS Blog post explaining the game. Apparently you can aim with the DualShock 4 gyroscope and pull the triggers, while other gestures are done with the touch pad. Would definitely be interested in seeing how well that works.

Also why Eastern European writers have written an Italian mafia crime story set on the west coast with screenshots that mostly feature stereotypical Asian characters. It makes a little more sense when you consider the Tarantino and Guy Ritchie influences, I guess.