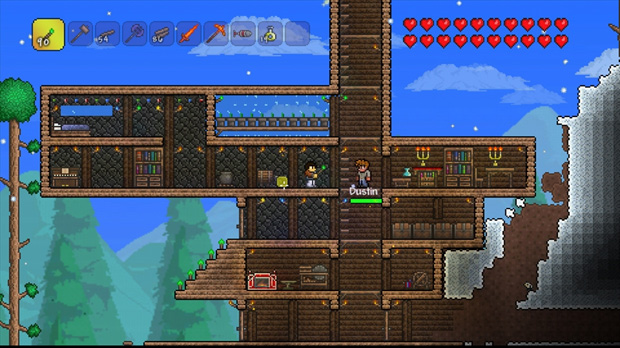 After making it to Xbox 360, PS3, and PS Vita, Terraria has set its sights on PS4 and Xbox One.

Publisher 505 Games says these ports will be out later this year with all of the 1.2 content “alongside some brand new functionality.” PS4 touchpad support seems likely, but we do know for sure that cross-play and cross-save with PS Vita are supported.

I like that we’re getting the heads up on announcements right before E3, though in many cases, including this one, it’s mostly a way for companies to hit us with the same info twice. Still, the added breathing room is nice, as is having the week before E3 not be a news wasteland.

Terraria is coming to PS4 and Xbox One! [Terraria Online]