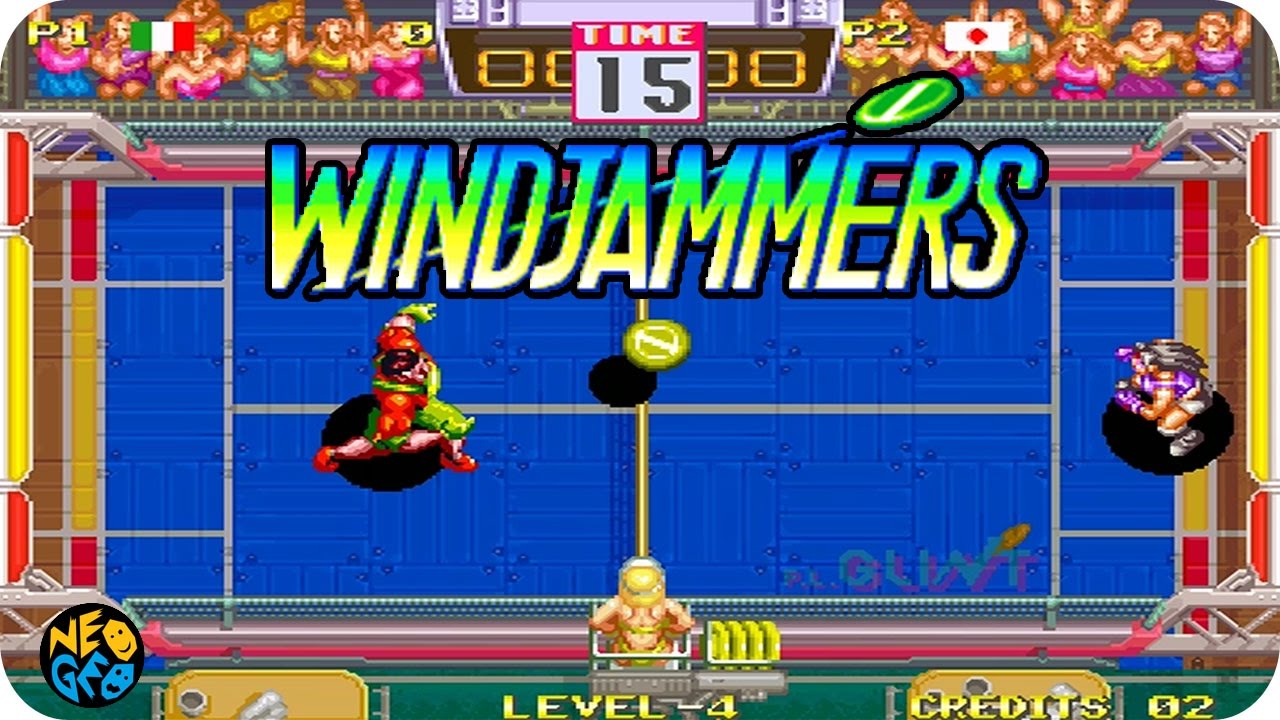 Windjammers is a sports arcade game originally released in 1994 on Neo Geo by Data East. It was ported to the Wii Virtual Console in Japan only, back in 2010, so in early 2017 western PlayStation 4 and PS Vita owners will for the first time be able to windjam online. That is since Gyrodisc Super League is not an official Windjammers game. Apparently “windjammer” is a word since I didn’t get red squiggly lines under it, but unfortunately it does not mean “wear cool shades and play extreme Frisbee like a badass,” but rather a type of “merchant sailing ship.” Lame.

If you are wondering why anyone would port an old Neo Geo game to modern consoles then I probably haven’t made it clear enough: this is the raddest, baddest ’80s thing you’ve seen since Top Gun. Not even Far Cry 3: Blood Dragon is as ’80s as this, nor anywhere near as fun. Part of the resurging interest in this game is no doubt due in part to Giant Bomb playing and admiring it so much in recent years. The game really is that cool though and I can’t wait to jam.