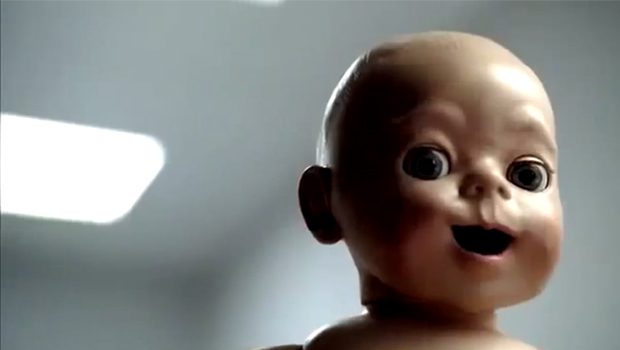 Last night Sony decided to air the above ad during the World Series. While their stab at pretension might have 15-year-old philosophers abandoning their Donnie Darko DVDs and Mars Volta albums in a mad rush to explain to the girl down the street how “deep” and “meta” these ads are, the rest of the world is busy readying our pitchforks and vials of holy water to stem the tide of Demon Babies Sony is bound to launch upon the world with their PS3 system. I don’t know about you, but I’m stocking up on coathangers and cloves of garlic.