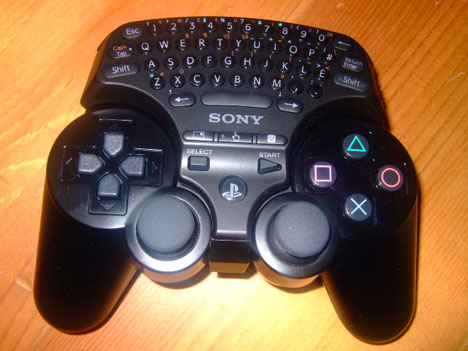 Chances are you already knew Sony had plans to release their Wireless Keypad accessory for the PlayStation 3. But it’s just as likely that you had no idea when exactly it would be available.

Well last week, Sony quietly snuck the peripheral onto store shelves. And because my PlayStation Network messages were piling up (and I’m too lazy to type out responses using the console’s virtual keyboard), I just had to pick one up.

Hit the jump for some hands-on impressions of the keypad, which I spent $49.99 on at GameStop so you didn’t necessarily have to. 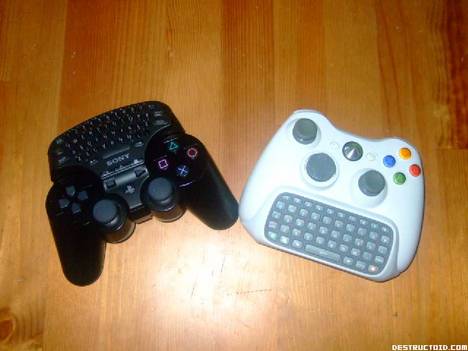 The first thing you’ll notice is how small the peripheral is, especially when compared with Microsoft’s Xbox 360 chatpad. Sitting side-by-side, you can tell that in terms of bulk and width, Sony’s device is much slimmer on all fronts.

Because the keypad is its own wireless Bluetooth device, pairing it with the PS3 is as easy as connecting it to the console with a USB cable. And because it runs on its own rechargeable battery power, this is yet another device — along with your SIXAXIS, DualShock 3, or Bluetooth headset — that you’ll have to power up using the PS3’s USB ports. It’s fortunate that the keypad itself has an on/off switch, so powering it down even when you’re not using it (and your console is running) is relatively simple.

The pad itself snaps onto the PS3 controller somewhat like a mask, with its own set of select, start, and PS3 home buttons. It fits on snugly, and while it adds some weight to the top of the controller, it’s not too noticeable. It also doesn’t feel like it’s going to fall off, either, which was confirmed when I decided to wiggle the controller around furiously (you know, to simulate those “get this crap off of me” SIXAXIS game mechanics). Removing the pad is just as easy as putting it on; the spring-loaded clamp that locks the pad is tight, but not enough so that you’ll be struggling to remove it. 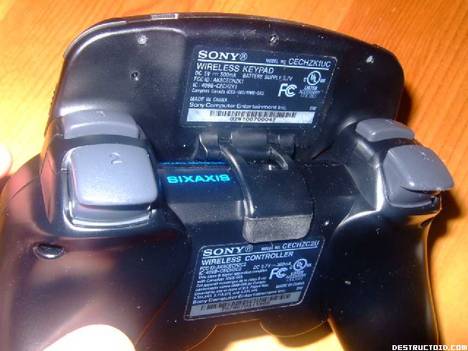 My initial reaction to seeing the pad was that having the keyboard above the controller was going to be a bit awkard. As it turns out, that first reaction was unfortunately correct. Even with my thumbs outstretched as far as they could go, it was still hard for me to reach the upper keys of the pad without slightly shifting my palms off of the controller’s grips. This won’t be a huge issue for some, as it’s unlikely you’re going to be performing any game functions while sending a message. Still, after using the Xbox 360 chatpad, it’s obvious that having the keyboard below simply makes more sense for human hands, and is definitely a more comfortable option.

As far as typing out messages using the pad, I’ve had a few problems. Most notably, I’m not a huge fan of the small, round keys, and how far they’re spaced apart. I found myself losing my place when typing messages, missing letters or accidentally hitting the “shift” key when I meant to hit “A.” This likely comes down to preference and experience with the type of pad; my smartphone has a smaller keyboard, but with buttons that are closer together, and I have little problems typing messages.

There are two shoulder buttons on the top of the pad, a blue on the left and a red on the right. Tapping these keys give you access to alternate key functions, like special characters and such. The placement of these two buttons is unfortunate as well, as I felt like I had to awkwardly position my fingers to access them.

One feature I wasn’t aware of was the “touch pad” functionality. Basically, by pressing a single button on the keypad (it looks like a little hand pointing), parts of the QWERTY keyboard become a touch-sensitive pad. Using this touch pad, you can control your cursor in the PS3 browser. The main issue is that the touchpad is too sensitive. Or not sensitive enough. It’s a bit hard to tell. In any case, because only a certain portion of the keypad is active as a touchpad, it’s easy to move your fingers off this area and find yourself simply rubbing dead space. It sounds great on paper, but when the left analog stick works just fine (and seemingly more accurately, although a bit more slowly), I’m not sure it’s needed. 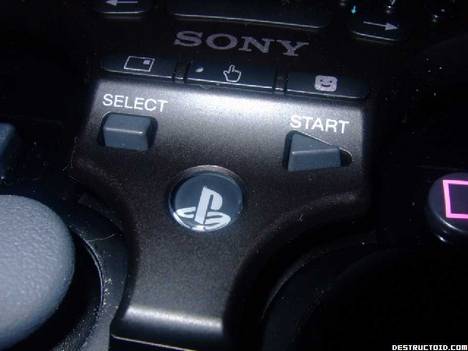 I must say that I’m a pretty big fan of the “message box” and “friends” buttons on the pad, which will bring you directly to your messages and friends list, respectively. Sure, it only takes out a few steps (pressing the PS Home button and then scrolling through the XrossMediaBar), but it’s a nice shortcut that you wouldn’t have simply by using the controller.

Fortunately, the keypad isn’t too obtrusive, and leaving it on your controller for those times when you will have to send a message or reply to one isn’t a problem. I’m not sure it’s going to turn me into a PSN texting machine, but it’ll be nice to have it when I need it. If you’re really concerned about sending messages on the PS3, it’s important to keep in mind that any traditional USB or Bluetooth wireless keyboard will do the trick. And while a wireless Bluetooth keyboard might be more expensive (and take up more real estate), it’s probably going to be your best option when it comes to keeping up with your curious PlayStation Home Internet girlfriend or boyfriend.