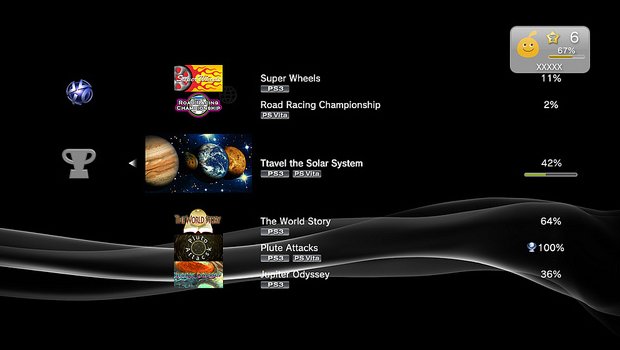 Sony is gearing up for a big firmware release tomorrow, v4.30. The most notable feature being added is the ability to view your PS Vita Trophies on the home console. The Trophy section is now listed under the PSN area of the XMB, and displays your level progress upfront.

Of course, it wouldn’t be Sony if it wasn’t also looking to remove features from the PS3, and this time it’s the turn of Life with PlayStation. The long-forgotten application housed the [email protected] project, Stanford University’s way of the using the PS3’s processing resources to study protein folding.

“We’d like to thank the more than 15 million users that have participated in the program since it started on PS3 in 2007,” blogged Sony. “PS3 users have donated in total more than 100 million computation hours to the [email protected] project to date, and as a result, contributing greatly to Stanford University’s Alzheimer ’s disease research. Considering the contribution PS3 has made to the project, we decided to retire it as a result of discussions with Stanford University.”

Feels like only yesterday since I last updated my PS3. It was actually more like four days ago, but I still feel really nostalgic about it.