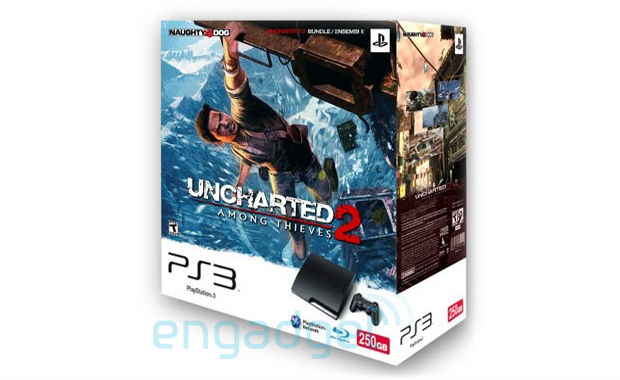 Based on the an FCC listing spotted awhile back, we should have saw this one coming — there’s a PlayStation 3 Slim with a built in 250GB hard drive coming to retail sooner, rather than later.

The picture above (sent to Engadget — that’s their logo up there, guys!) shows the unit will be bundle with Naughty Dog’s Uncharted 2, which is a game that we suspect will be both good and popular. Smart move on Sony’s part, if you ask us. As this leak is simply based on an image, things like release date and price are currently unknown, but we’d guess we’ll be learning more soon.

Anyone glad they waited to pick up a slim PS3?

[Update: This is not a real thing, but a hoax, as confirmed to us by Sony today. But, you know, something like this would be cool. If it were real. But it’s not.]