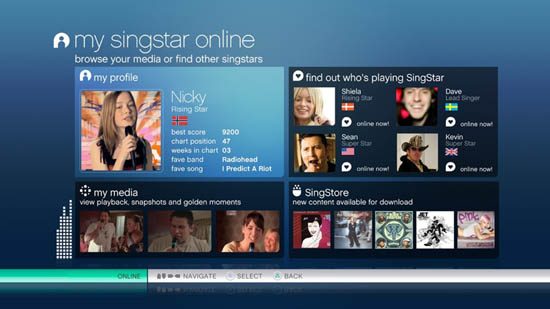 We’ve been a bit worried about the PS3 version of SingStar. For awhile, things weren’t looking good, as release dates were getting pushed farther back. Earlier this month, we got word that Sony was working on the game’s back end, which gave us some hope, but no solid release date. Now it looks like Three Speech has something somewhat solid for us.

In a list of confirmed release dates for upcoming titles, the semi-official PlayStation blog lists SingStar PS3 with a December release date, though the final date hasn’t been ironed out yet.

Since Three Speech is a UK site, North Americans may seem some variation of the release date, but I think it’s safe to say that we’ll see it soon. The US has already seen release dates for most of the other listed titles, but Uncharted: Drake’s Fortune on December 7th is also worth a mention.

Oh, and from this list, it seems that Europe hasn’t seen Lair release date yet. I hope they know to pass on it by now.