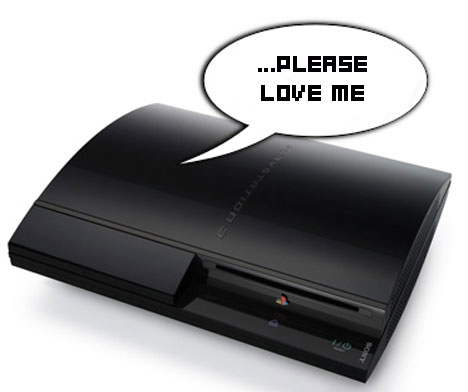 I feel sorry for the PlayStation 3. It’s always getting a bum rap, from being photoshopped as a barbeque grill to constantly complained about as too pricey. It seems like the abuse will only go on, as Famitsu’s latest sales numbers estimate that the PS3 sold almost 1500 units less than it did the previous week. Ouch.

Things look a bit better for the PSP, as PSP hardware family sales boosted from 23,901 last week to 156,000 for the week ending October 17th. I’m guessing the Japanese aren’t as bummed about the new PSP’s quality issues as Dale North was.

I love my PS3, but I have to admit that I still don’t play it as often as I’d like to. Add in the drooping state of the economy, and the market’s priciest console may stay lonely for a while longer. Come on PS3, chin up!