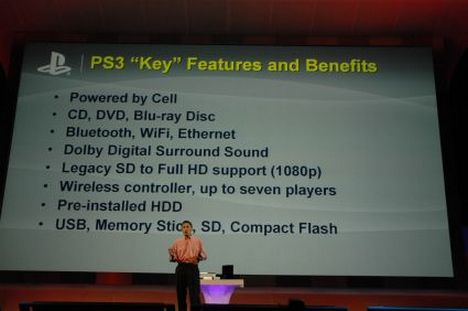 If you were somehow able to get your hands on a PlayStation 3 and you own a TV that displays at a 1080i resolution, then brace yourself for bad news. Just because Sony has been pushing HD gaming, that doesn’t mean you will get it. Here’s why you won’t be enjoying games in your TV’s native resolution:

“PS3 games render images at either 720p or 1080p for High Definition, and you need 720p input on the TV to play select games that do not support 1080p. This is an issue on the side of the individual television sets, which do not accept 720p input, so when a game outputs an HD signal only at 720p, these select TVs have to display the game at 480p instead.”

But what about a fix? You would think that a firmware patch could save the day. Well, that might not be the case. I guess someone spoke a little to soon, because SCEA gave GameDaily BIZ a new response to the issue:

“SCEA’s Dave Karraker, Sr. Director, Corporate Communications, informed GameDaily BIZ that they currently cannot confirm that this 1080i issue will be resolved via a firmware patch. The official line is now that they are “looking into the issue and haven’t stated any actions that will be taken regarding it.”