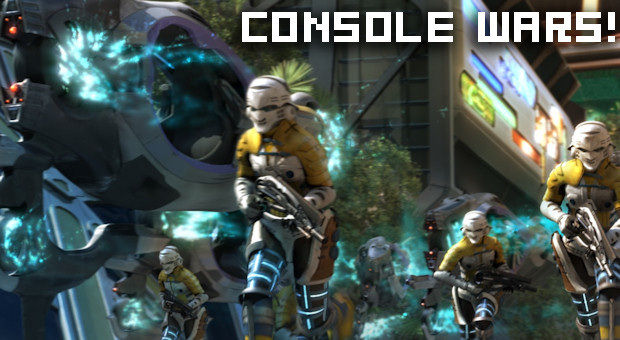 Gamasutra is reporting that Final Fantasy XIII is the most anticipated PS3 game of all upcoming titles, topping a chart of games that PS3 owners want the most. Despite its multiplatform status, it seems that Sony loyalists aren’t ready to abandon a title that many of them most likely bought the PlayStation 3 for in the first place.

PS3 owners certainly want the game more than Xbox 360 owners, if the recent polls are to be believed. FFXIII ranks fourth in the most anticipated Xbox 360 games, trailing behind Halo 3: ODST, Modern Warfare 2 and Madden NFL 10. Another interesting difference between the two polls is the fact that, outside of Halo 3, all the other Xbox 360 games are multiplatform titles (unless you want to count Broken Steel), while the PS3 poll lists such exclusives as God of War III, Uncharted 2: Among Thieves, inFamous and Ratchet & Clank: A Crack in Time.

This year seems to have seen an interesting turnabout when it comes to exclusive first party titles. For the past few years, the PS3 has been tarnished with the stigma of having “no games.” In 2009, I think it’s fair to say that the PlayStation brand has a whole range of first party games, while the Xbox 360 seems to have a pitiful amount to show for itself so far, outside of the Halo franchise. I wonder when PS3 fanboys will finally summon the gall to reverse the “no games” charge at Xbox 360 fans.

That said, both the PS3 and 360 lists are dominated by identical multiplatform games, which suggests that the audiences are almost completely the same. When you consider how much PS3 and 360 fanboys hate each other, it’s amusing to consider the fact that, deep down, they are exactly alike.