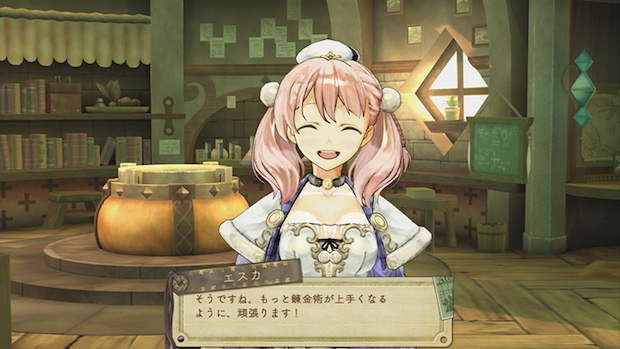 The direct sequel to Atelier Ayesha: The Alchemist of Dusk will come to PS3s in North America next year. Tecmo Koei has announced that Atelier Escha & Logy: Alchemists of the Dusk Sky  will launch on March 11, 2014.

Players will follow their choice of two protagonists — Escha and Logy. Each offer different gameplay styles as well as story experiences. The game was developed using the same engine used in the Dynasty Warriors franchise.

You’ll find a fresh batch of screenshots in our gallery.