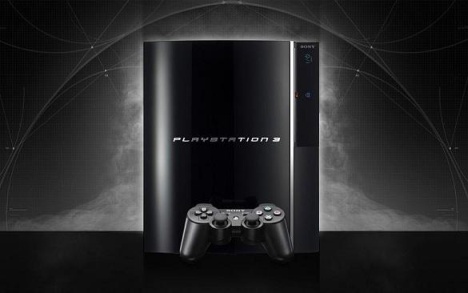 Sony likes to keep busy when it comes to keeping their hardware tweaked to the best of its abilities. For instance, the new 2.50 update will allow you to do a slew of new stuff with the PS3, including support for the PS3’s official Bluetooth headset. PlayStation Store tweaks like redesigned Sign Up and Account Management pages have also been implemented, and a Power Save feature has been added that allows your PS3 and controllers to turn off after a certain amount of inactivity. Sweet!

So, what else? Well, there’s the Trophies interface enhancement, which means you will now see a symbol under your level that represents your percentage towards the next level (this will be on the first part of the profile page). This symbol will carry over to the trophy comparison screen, allowing for simpler comparison between your trophies and the ones your friends have earned. Yay for competition!

In-game screenshot capability has also been added, but support for the function will be on a game-by-game basis. You can also now set your PS3 to turn off automatically after a download is complete, and your friends list will show the last time your peeps were online. We also get the scene search feature for video that the PSP has, allowing you to break up videos and search for certain scenes.

Speaking of the PSP, it got some love this time around too in the form of the v5.00 update. What does this mean? Now you can access the PlayStation Store and manage your account directly from the PSP. That ought to make game downloads a hell of a lot easier. There’s also a sleep timer option added for when you use the PSP to play music, a full-screen keyboard option for text entry and an XMB background redesign.

You can expect these updates available shortly. Cool stuff, huh?

SCEA to Deliver Unmatched Gaming and Entertainment Options at Home or

Through Upcoming Firmware Updates, PS3 Gameplay Will Evolve with Advanced Voice Chat Features and In-game Screenshot Capture, While Downloading Games for PSP System Will Be Easier Than Ever with Direct Access to PlayStation(R)Store over Wi-Fi

FOSTER CITY, Calif., Oct. 13 /PRNewswire/ — Sony Computer Entertainment America (SCEA) today announced details of the next PLAYSTATION(R)3 (PS3(TM)) and PSP(R)(PlayStation(R)Portable) system software updates, adding new features to both platforms to benefit consumers. PS3 firmware update (v. 2.50) will include the implementation of advanced voice chat features for the PS3 Official Bluetooth(R) Headset, the ability to capture screenshots in-game with supporting titles in the future, and enhancements to make the PlayStation Trophy interface more intuitive. PSP firmware update (v. 5.00) will add direct access to PlayStation(R)Store on PSP, enabling consumers to browse the store and download games whenever they’re at a Wi-Fi hotspot. Both system software updates will be released this month.

“These firmware updates keep both PS3 and PSP in lockstep with consumer expectations for gaming and entertainment, particularly the ability to download PSP games on-the-go, which is a functionality we know consumers can’t wait to get their hands on,” said Peter Dille, senior vice president of marketing and PlayStation(R)Network, SCEA. “As we approach our second anniversary with PLAYSTATION 3, it’s remarkable to look back at how much the system has evolved and improved, including its critical link to PSP that effectively extends these entertainment capabilities beyond the home.”

Building upon the foundation set by previous firmware upgrades, the 2.50 system software update will refine existing features while also adding new functionality. The update will deliver exclusive options to support SCEA’s Official Bluetooth Headset, as previously announced, such as an on-screen indicator that shows volume, battery charge, and mute functions, as well as a High Quality (HQ) mode, which utilizes advanced wireless technologies and the Headset’s dual-microphone design to enable clear and wide-band wireless voice communication with PS3 system. HQ mode greatly improves the voice chat experience in multi-player titles such as SOCOM: U.S. Navy SEALs Confrontation, which will be bundled with the Headset when it launches at retail this week.

To further strengthen the gameplay experience on PS3 system, the firmware update will add an in-game screenshot capture tool, laying the groundwork for developers to add capture and sharing options to their games and allowing players to immortalize their favorite gaming moments and share them with friends. Titles that support the feature are expected to be announced in the future.

The 2.50 update also will enhance the user interface for PlayStation Trophies. When players acquire a Trophy, the in-game notification will now include the specific Trophy icon created by the developer, while more intuitive options for comparing Trophies with friends have been added, including an icon to represent the Trophy level. The Trophy system will continue to expand through future firmware updates, catering to the PS3 community and the competitive nature of the more than 12 million registered PlayStation Network users worldwide.

Other new features delivered through PS3 firmware 2.50 will include:

—  Video — A video scene search functionality will provide thumbnails to help you find a particular scene in a video more easily.

—  Power save — PS3 owners will have the option to automatically shut-off their console or controllers after pre-selected periods of inactivity.

As demonstrated at the Tokyo Game Show last week, the PSP firmware 5.00 update will add direct PlayStation Store access to the system, eliminating the need for PSP to be connected to a PC or PS3 to download content. PSP owners will be able to download games, demos, trailers, and other game-related content anytime and anywhere that their PSP system is connected to the Internet via Wi-Fi. This functionality delivers on the portable promise of PSP, making the device even more compelling for gaming and entertainment on-the-go.

Additional enhancements delivered through PSP firmware 5.00 will include:

—  Sleep timer — During music playback, a sleep timer will enable users to shut off their PSP system after a specified amount of time.

—  Video-out — The PSP-2000’s video-out feature will be able to display classic PlayStation(R) format titles at the full-screen size of the TV that the PSP is connected to; the feature also will support interlace displays.

PS3 and PSP systems were designed to continually evolve with regular system software updates that deliver new features. There’s no additional investment required from consumers, who simply update their systems and can immediately enjoy the benefits of the added functionality. This process lengthens the lifecycle of PS3 and PSP, and consumers no longer have to worry about their hardware becoming outdated or missing out on exciting new capabilities. SCEA will continue to release system software updates on an ongoing basis. For further details and instructions on how to update the PS3 and PSP system software, please visit us.playstation.com.

Visit us on the Web at https://www.us.playstation.com

“PlayStation”, “PLAYSTATION”, “PSP”, and “PS one” are registered trademarks and “PS3” is a trademark of Sony Computer Entertainment Inc.  All other trademarks are property of their respective owners.