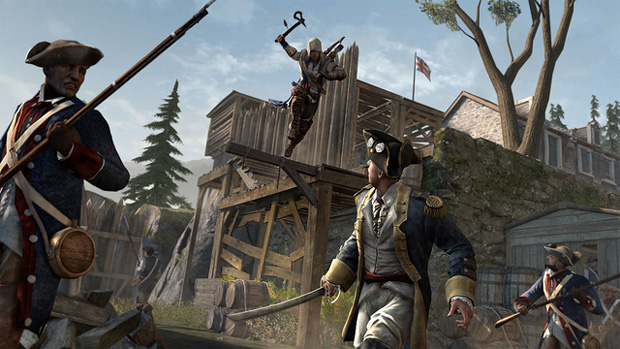 It was briefly announced back at gamescom that PlayStation 3 users would be getting some exclusive downloadable content for Assassin’s Creed III. These sorts of deals aren’t always the most interesting in execution, though I have to admit that Ubisoft has me intrigued with this one.

PS3 copies of the game will include a voucher good for four missions which involve West Point and, by extension, Benedict Arnold. PlayStation Blog has quoted scriptwriter Matt Turner as saying this content is not like the King George DLC.

“We have some scenes that have the actual words spoken by key players in the events at West Point, according to the records from the court proceedings following what happened. On the other side of things,” says Turner, “we needed to inject it with some gameplay so there are some liberties in terms of the action. But who was there, what they did, and what happened to them is as precise as the history books would allow.”

This would have made grade-school history classes decidedly more interesting. While I’ll be missing out on the content, I have a feeling there will be plenty to see and do in ACIII as it stands. Then again, I’ve always been down with resorting to YouTube to see what’s what.