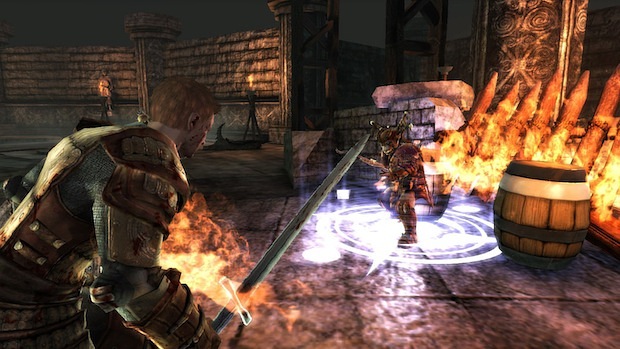 The PS3 version of Dragon Age: Origins is lagging behind the Xbox 360 and PC versions of the game. Game developer BioWare has made that delay public, saying that the Sony-bound variant of the RPG should hit “later in November.” Retailers have been listing the release date as November 17th for a while, and now official confirmation of that exact date has been given to Joystiq.

So, yeah, the PS3 version Dragon Age: Origins is hitting on November 17 — two weeks after the slated November 3 release of the Xbox 360 and PC versions of the game.

This summer we asked what gives in regards to the delay and the word we received was that the delay was just a reflection of that version being behind in terms of scheduling — the crew was just late jumping hurdles that they were clearing on the other two versions of the game. In a more recent comment tossed to Joystiq, a rep said that the studio “wanted more to get [the] PS3 [version] to ‘Bioware standards.’ “

This is a good thing, of course. Bad PS3 ports, are, well, bad games to play.

[Update: You can disregard most of this story — BioWare has announced via the PlayStation Blog that the title will ship alongside the Xbox 360 and PC versions. That’s November 3.]