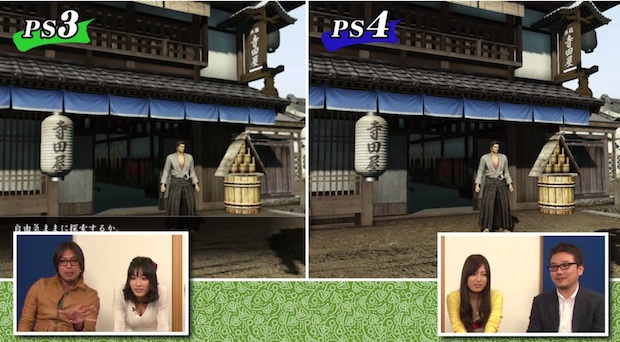 Which one will you get?

If any of you fellow Yakuza fans want to see how different the PS3 and PS4 versions of upcoming game Yakuza: Ishin will be, check out this newly released video from Sega. You’ll want to jump to about the 3:13 mark to see the difference.

Even that first quick shot shows resolution and clarity differences. Jump to 4:34 to a detailed look at the background scenery, clothing, and more.

What do you think? I want the PS4 version for its higher resolution and frame rates, but the PS3 version looks pretty nice.