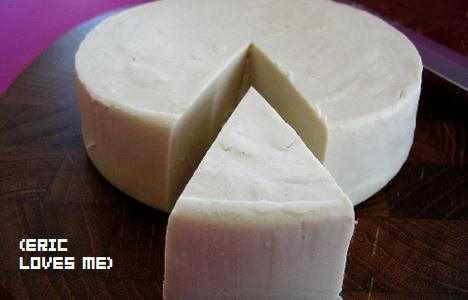 Previously unbeknownst to me, the guys over at the official PlayStation blog have a sense of humor. In an effort to answer some frequently asked questions about the upcoming firmware update for the PS3, Eric Lempel has put all the answers to those burning questions into blog form.

After reading it, though, I have to wonder how frequently some of these question were really asked. Not only does Eric humorously answer up to what his favorite cheese is (mozzarella ftw!), he also answers this gem of a question:

Seriously? Enough PS3 people asked this enough times for it to make the FAQ?! Maybe I’m the only one who thinks that question is equal parts hilarious and retarded, but every time I read it I imagine that there is a PS3 fan somewhere thinking, “Oh my god. Do the trophies make a noise? Tell me the trophies make noise.”

Yeah, it’s probably just me. Anyway, you can check out the complete 2.40 FAQ after the jump.

[Update: Well, to quote the PS blog itself, “how quickly things can change.” No less than 24 hours after the posting of this article, the fine folks over at Sony decided to, yes, have the trophies make noise when unlocked. See below.

How quickly things can change – there *will* be a sound effect when you unlock a Trophy.

Now I’m going to go ahead and think that it was the barrage of comments that the Dtiod readers made that caused this rather quick turnaround. I may be completely wrong in this assumption, but believing it makes me happy on the inside.]

Hi again! It’s great to see the positive reaction to the unveiling of system software update v2.40. We can’t wait for you to finally go hands-on with XMB access in-game and the Trophy system – and it’s less than 2 days away. Not surprisingly, a number of you have posed questions both here and on other forums. Here are answers to the most frequently asked questions.

Will voice-messaging/private chat be featured in 2.40 as well? If not, can we expect to see this feature added in the future?

We are evaluating the opportunity to offer voice chat, but for this update, we wanted to focus on text messaging as the key priority for communications that our users have asked for.

Can you use the web browser in game?

No, you must exit the game before browsing the internet.

Will In-Game XMB come up during playback of PS2 games, Blu-Ray discs, and DVDs?

The XMB is an exclusive feature for PS3 game titles. Accessing the XMB during gameplay was the top request from our users, which we focused on for this update. However, we continually engage PS3 owners for feedback and will evaluate the opportunity to offer XMB access during movie playback in the future.

Can we go to the display settings and change anything there in-game (resolution, input, etc)?

No, you must exit the game before changing these settings.

Will it be possible to change in-game the sound output?

Will we be able to access the PLAYSTATION Store while in-game?

No, but you can view your downloads in progress.

Will we be able to stream music (either via media server or USB drive) for custom soundtracks or is it relegated to music stored on the HDD?

Currently only music stored on the HDD is accessible in games that support this feature. We’d also like to reiterate that Firmware v2.40 merely enables custom soundtracks. It’s up to developers to include this feature in upcoming games (or to patch existing ones).

Does 2.4 enable cross game invites? Will it down the line?

No, cross-game invites are not available in this system software update. We are evaluating opportunities to expand on the new features delivered in 2.40.

Will trophies be mandatory for all games release here on out?

We are working with developers to ensure that Trophies are supported across the board in the future.

Where is each player’s trophy stat info held? I am going to upgrade my hard drive and I don’t know if the trophies will still be on my account if I earn some and then get a new hard drive.

Trophies will be attached to users’ PSN ID. Trophy data needs to be synchronized to the online account on PSN to be transferred to the new PS3 system.

Will the patch automatically allocate unlocked trophies according to your saved files or would you have to do it again?

Can we view PSN profiles/Trophies from a PC using a Web browser? Will there be an API for web developers to access the PSN data, so online profiles can be created?

We’re evaluating these opportunities to expand where Trophies can be experienced.

Can you only compare trophies with friends that are online?

As long as a friend has a PSN account, you can compare trophies with them regardless of their online status.

Is there a limit to how many trophies the devs can put set by Sony?

There’s not a limit on number of trophies, but there’s a value assigned to each trophy. Developers must balance out the trophies that are available to stay within an overall value based on whether the game is considered large-scope or small-scope. Essentially, a user that has unlocked every trophy in one game would have the same level as a user that unlocked every trophy in another title, all titles (depending on scope) have the same overall impact on a users’ level.

Will new games have a cool little icon on the back saying “trophy compatible?”

We’re currently working on how Trophy support will be messaged to the consumer on our software packaging.

What is Eric’s favorite cheese?

Once again, we will continue to evaluate opportunities to enhance the PLAYSTATION 3’s system software throughout the console’s life cycle. Consumer feedback has contributed greatly to the contents of Firmware v2.40, and continues to be appreciated. Don’t forget, this Firmware will be available for download on July 2nd.