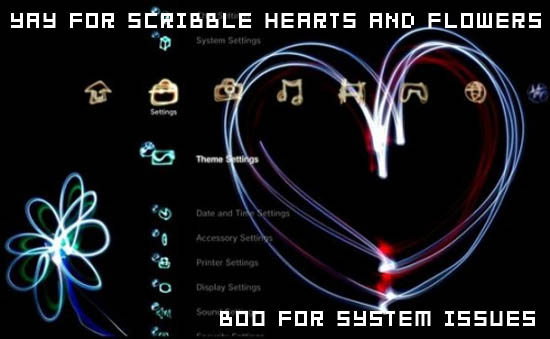 PlayStation 3 owners will tell you that you don’t really have a choice when it comes to firmware updates for the system — users are prompted to update as soon as the system is switched on. Because of this, by now, all PS3 owners should have downloaded and installed the version 2.00 firmware update. New news of system issues stemming from this update may have users cursing the forced firmware.

We’ve received word via the Destructophone that some users are experiencing system issues post 2.00 update, with complaints ranging from slow menus and disc read errors to some system failures. Even some of our very own Destructoid staff have reported freezing problems.

The PlayStation forums have been hit with complaints of varied system issues after the update. After reading hundreds of comments from these boards and others, we’ve noticed a few similarities in the complaints. The most common issue seems to be slowed XMB operation, and some are saying that the 60GB model is seeing the most problems. There are other complaints of read errors and systems freezing up, but there are just as many posts from other users who say that their system is running perfectly fine.

Here’s something we’ve found: A new news ticker was added in the last update, and we’ve noticed that disabling that really seems to fix the slowed XMB operation. Of course, this is no help to those who claim that they’re having disc read errors because of this, but I can’t see how a firmware update would cause this anyway.

[To shut off the news ticker: Hit “triangle” when Information Board is selected in the XMB and choose “Disable.”]

So, PS3-owning Destructiod readers, are you having issues after the update? Non-PS3 owning readers are free to flame at their leisure.