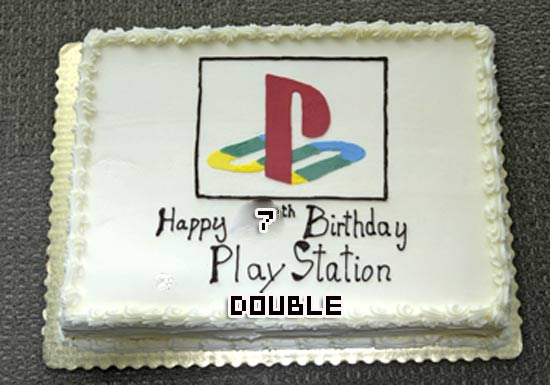 Just last week the anti-Sony brigade were busy foaming at the mouth when Deutsche Bank (no, I didn’t make that wonderful name up) analyst Jeetil Patel commented on September’s NPD results — and how they signaled to him at least, the ending of a great era for the PlayStation 2.

Well that was last week, and this week Sony strikes back with a little “chin music” of their own concerning the colossal juggernaut that is the PS2. Welcome to the birthday party of the most popular 7-year-old we’ve ever known. Sure, he may be starting to come down from that big sugar rush of last generation, but it’s been one hell of a ride. Here’s a reminder of the PS2’s exploits, just in case you were too busy hating on the PS3 to notice:

Oh, but don’t run out the door just yet. Hit the jump for the rest of this Cinderella story.

Besides stating the obvious that Sony should demand that all future titles for the PS3 should begin with the letters G, F, or M, I’d like to say that this is as fine a list of games as I’ve ever witnessed. My only disappointment is the glaring lack of Resident Evil somewhere in the midst of it all — but personal opinion has little bearing on actual sales figures.

I’m thinking that Sony is not only celebrating an old friend, but also quietly hoping to conjure up images of its future. After all, it was not all that long ago that Sony wasn’t feasting on humble pie, and we were all madly in love with everything they threw at us. Things might look a little dim for them right now, but a turnaround is anything but inconceivable.

As the Xbox 360 continues to struggle with hardware failures (warranty or not), Sony has the perfect platform in which to make their rise back to the top complete. They’ve already taken steps to make the PS3 more affordable. Now they need to throw everything at their disposal towards helping (nurturing relationships) developers give us the newest batch of memorable games to brag about at the next birthday party.

Come to think of it, Sony would be wise to re-examine their relationship with everyone. Like the old saying goes, the proverbial ball is in their court now — and we all just want to play.