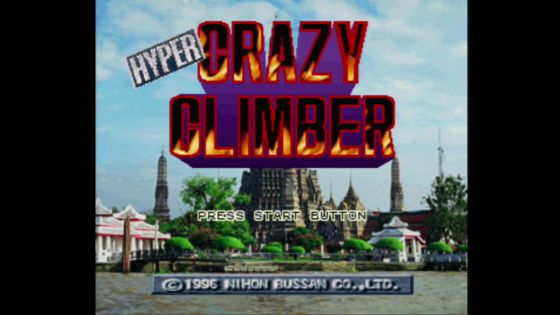 What a weird game

Back in 1996, Nihon Bussan released a climbing game in Japan called Hyper Crazy Climber. In it, you just climb. Buildings, rocks, landmarks — whatever. Climb, man. Show Nathan Drake how it really is.

The controls are interesting in that each limb is mapped to a different input. You’re going to have to be pretty coordinated to make your way to the top.

MonkeyPaw has brought this weird title to our shores this week as a PlayStation Network release, available for play on PS3, PSP, and Vita, priced at $5.99.

Look, you’re getting the rock wall climbing experience for $6, and without the crotch intrusion.