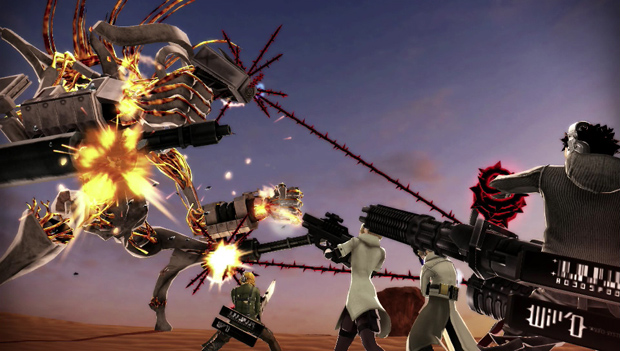 The crime is life, the sentence is … a million years

Life itself is a crime in Freedom Wars, a Monster Hunter-esque game in which prisoners must fight beasts and rescue civilians to reduce their million-year sentence. It’s releasing for PlayStation Vita on October 28 in North America and October 29 in Europe, priced at $29.99 / €29.99/ £24.99.

Participating retailers are offering pre-order DLC, which you can also get by purchasing Freedom Wars digitally before November 11, 2014:

This game has grappling hooks, so I’m obviously rooting for it to do well in the West.