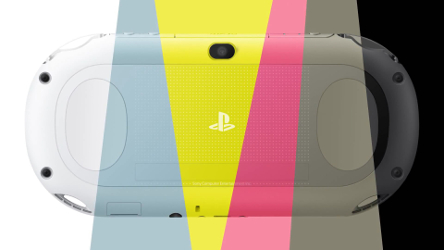 Sony’s redesigned handheld gets held up to its predecessor

Sony’s new PS Vita iteration, PCH-2000, hit shelves in Japan last week, and there are already unboxing videos out the wazoo. A rather informative pair of videos was recently posted by YouTuber Skyghene22.

The first video [above], is your usual unboxing fare, followed by a comparison of the Slim Vita’s construction versus the original model. One notable difference is the 2000 has done away with that annoying proprietary cord and now uses a micro USB port for data transfer and power. The new model also sports more stable shoulder buttons, a more ergonomic design, and no longer houses the ultimately unused accessory port which loomed in the 1000 series. Sony also didn’t happen to add an HDMI Out in its place, since they want to sell us a slightly gimped Vita to plug in to our televisions later.

In Skyghene’s follow-up video, here, we see the two Vita versions go head-to-head with their displays. The Slim model contains an LCD screen, which would seem to account for the extra hour of battery life boasted by Sony. There is a bit of a step down in visual quality and clarity from the original Vita’s OLED display.

The difference with the LCD screen probably won’t be noticed by most, but I can’t help feeling like I’m looking at a cheap screen through a window on the Slim model. On the other hand, the convenience of micro USB is considerable. Still, assuming the Slim Vita will launch in the States at the current $200 price point, I will probably go for an original Vita when I get around to buying one. Are the design improvements and color choices enough to sway you to the 2000? Or does that new screen just turn you off?