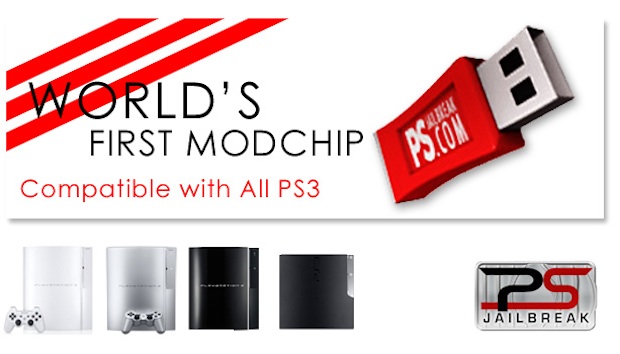 We recently told you about the PS Jailbreak USB PS3 mod chip that lets you rip/copy/backup games to your internal harddrive or another external and then run them. Some doubted its existence, but now it’s actually selling. Get your orders in, pirates, as some outlets are shipping the chips as early as next week. For example, Gadget Asia (authorized reseller, they claim) says that orders are welcome now, with planned shipping to happen as early as next Monday.

Before you place your order you should know that some are saying that the mod is detectable by Sony. The backup manager game ID (LAUN-12345) could be read when you connect online. Think about that before you drop about a hundred bucks.

And don’t go cheap, trying to make your own PS mod via USB stick. That doesn’t work, and could give your PC a virus. While the real PS Jailbreak connects via USB, it isn’t a real USB drive. Despite that, some are saying that you can just use a USB stick and download some code to hack your PS3. Don’t. The Windows download called PlayStation 3 Jailbreak Creator is actually a backdoor, says F-secure’s blog. They detect a Trojan called Trojan:W32/Agent.DLEN.