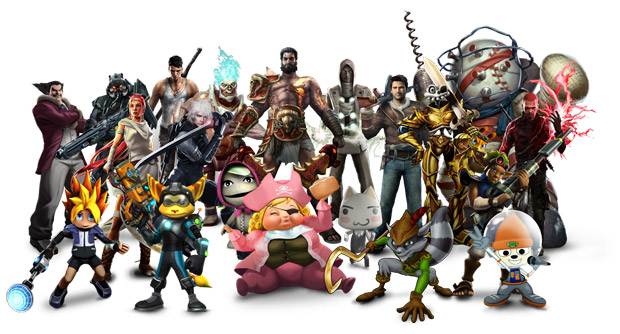 PS Plus first, then everyone else next week

PlayStation Plus members will get the opportunity to try the PS3 multiplayer beta for PlayStation All-Stars Battle Royale tomorrow, while everyone else will gain access on October 23, 2012. Those with a PlayStation Vita, however — Plus or no Plus — will also get the beta tomorrow. Speaking of which, Cross-Play functionality is included here.

It’s all set to close down on October 30, so you had best get in early. As for the image above, it’s of the bonus costumes that come with pre-orders of All-Stars. The Big Daddy, Sir Daniel Fortesque, and PaRappa are all looking pretty great.