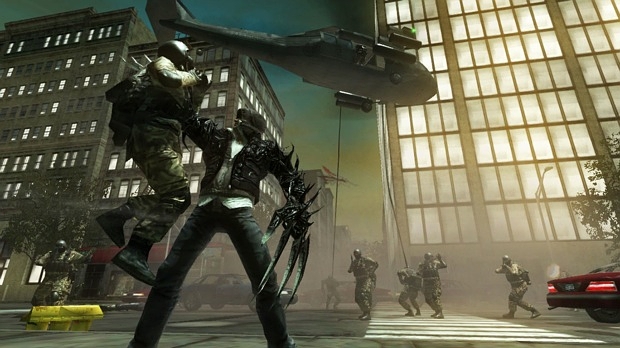 G4 recently travelled to Activision HQ to play Prototype and came back with fresh and hot video (viewable after the break) from the game. It might not make you come rainbows, but it’s damn sexy nonetheless.

The footage only has a sliver of coherent story. It starts with a scene where Alex — the hooded protagonist — is told that a chick at GenTek knows something about his history. Then it abruptly cuts to action shots of Alex running around New York City like a madman, battling army dudes and weird creepy crawlies.

It ends with an epic battle scene where you’ll observe some badass Wolverine action and witness Alex’s ability to eat bullets. It’s thrilling stuff and I can’t wait to get my hands on Prototype this June. How about you guys?