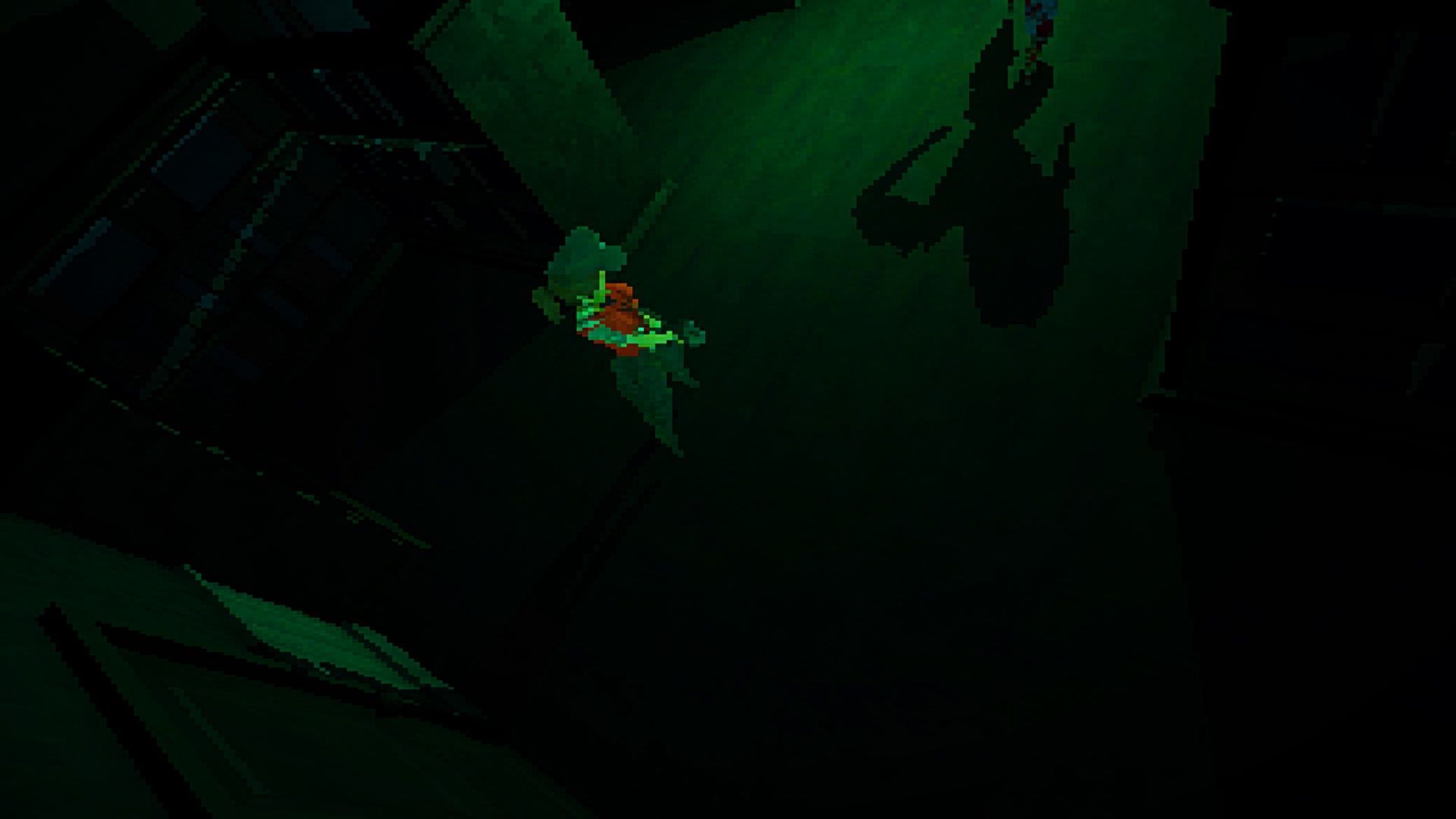 Prototype Mansion presents itself as a bargain-bin disc. Its box art isn’t art at all, really, it’s just more a callback to the kinds of games you’d find at a thrift store or yard sale; a plain plastic CD case, conspicuously missing any front-facing inserts. A yellow price sticker tags the bottom of the image, suggesting this game could be yours for two bucks. The problem is that it’s impossible to know what, exactly, the game is. Right where the disc’s title should be, there’s a single piece of tape. It blocks out what’s underneath, obscuring its original intent. Instead, this “prototype” is what you get, according to the rigid, assured letters on the tape.

If it sounds like I’m spending way too many words talking about a digital game’s fake box art, I’m sorry. It’s important though, I swear. You see, that bargain-bin bootleg spirit is so baked into Prototype Mansion that I can’t help but obsess over it. It’s a game for everyone who ever went to a video store and rented the weird horror flicks with derivative titles and lowest common denominator scares. It’s a send-up to that specific period when games were as silly as they were spooky.

More than anything, Prototype Mansion is a shuffling, grainy nod to Resident Evil.

Developer Jupiter Lighthouse Studio must have a soft spot for survival horror. From minute one, it’s clear Prototype Mansion comes from an earnest desire to praise and lampoon the genre. As Cass, an all-too-blatant stand-in for Resi‘s Jill Valentine, players enter an imposing, impossibly intricate mansion. Inside, zombies, locked doors, and eerily still corridors await, rendered in grainy, 32-bit glory.

Though specific rooms feel co-opted from the Spencer Mansion, Prototype walks the line between a love letter and copycat with confidence. The game’s opening scenario — which has Cass trying to track down a can of tuna to send to a young girl who is very, very hungry — blends the inherent tension of horror with slapdash, pulpy writing. Cass and her beefy partner (who runs off right when Cass enters the mansion) ramble on about what strange events might await them. Suggestions include spirits conjured through astral projection and cannibal cults, among others. They’re discussed and rebuffed in a few lines of incredibly hokey dialogue before Cass enters through a creaking double door. It’s corny and exceptionally entertaining.

Once Cass is inside, Prototype Mansion falls in line with Resident Evil‘s familiar beat. You move from one room to the next with clunky motions, searching for keys, clues, and ammo. Enemies appear frequently and march towards Cass with a slow, determined gait. You can fight the zombies by raising Cass’ gun and firing shot after shot or navigate around them. Ammo is at a premium, as expected, and so are the medicinal plants that Cass bends over and eats to regain health. Like many survival horror games, it’s better to put faith in awkward movement controls in an attempt to avoid conflict than just relying on a firearm.

I haven’t finished Prototype Mansion yet, but it’s quickly becoming a favorite of mine. I’ve toppled a bullet-sponge boss, met a strange little potato-headed girl, and navigated dangerously dark, winding hallways. Though it borrows heavily from well-known sources, I’m consistently impressed with the small details packed into the game. There are as many great lighting effects as there are knowing spoofs of Resident Evil tropes. Even with a retro aesthetic, Prototype Mansion‘s environments look great.

Earlier this year, Resident Evil 7 managed to defy expectations and reinvigorate one of gaming’s iconic brands. Prototype Mansion does something similar but from an entirely different perspective. It winks at and inverts familiar characters and plot beats, lifts locations, and leans on the player’s knowledge of a now 21-year-old game. But it does it so effortlessly that I can’t help but want to see more.

Prototype Mansion is available for two bucks on itch.io. It’s more than a bootleg clone, despite what its art wants you to believe.